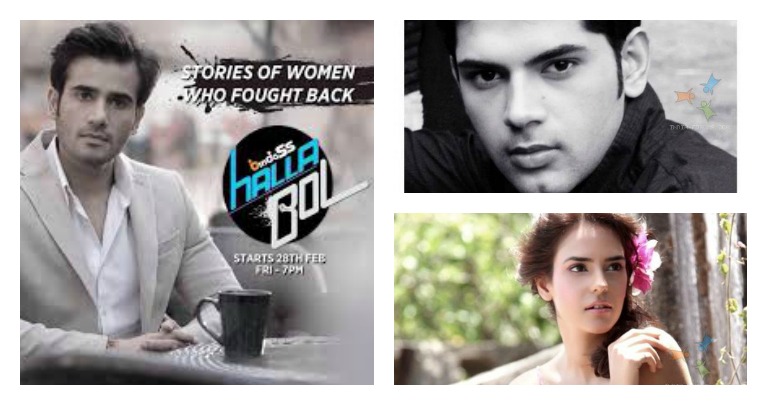 Bindass' Halla Bol, which is a youth based show highlighting crime based stories to make people aware about the real scenario, is gaining appreciations from the viewers for projecting various social issues on the show.

The upcoming episode will feature Ankit Bathla and Neelam Sivia, to depict the tale of how modeling profession is ignored by families.
Our source says, "Megha, who becomes a successful model comes to her hometown to celebrate her success. Her mother imposes a lot of restrictions when she comes back. During a family function she meets an old family friend and in a few casual  meets  when Ashish (Ankit Bhatla) misbehaves with Megha doesn't pay attention to him. Ashish will get angry and he will accuse her of being one of those models who are easy to get. This will put Megha in a fix where her parents will ask her to choose between them and her profession."
When contacted, Ankit said, Yes, I will be seen in the coming episode. It was good to shoot for the episode as the production house is quite known by me."
Phalguni Sharma