Anjali Abrol who has donned the look of a 'Bawarchi' in her show on Star Plus, Raja Ki Aayegi Baraat is actually very fond of cooking, so much so that she has started cooking on sets.. 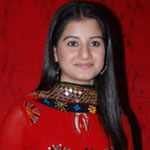 Featured Video
Well, not many know that Anjali is always eager when it comes to trying out delicacies. "Yes I love to cook; and as per my track in the show whenever I am made to cook, I really cook it and then the entire unit eats it", states the adorable Rani aka Anjali.

"I had recently made gajar and moong dal halwa on the sets. I got praised by one and all, even though I got to know that few of them were faking (smiles). But this is a great learning curve for me. I love to cook, but the only problem with me is that I at times go wrong with the quantity of masala to be added in the dish", verbalizes the actress.

Anjali can make chapathis and vegetables to go with it, but does not know to prepare rice. "I love to do two things in kitchen, one is to make omelets and the other is to boil water", she quips further.

We hope Anjali gets to be an expert cook before this track ends… After all, the best way to reach a man's heart is thro' his stomach, isn't it?? 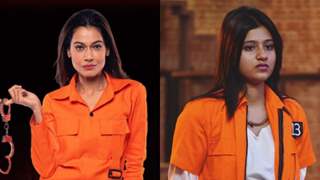 + 3
12 years ago one moment, wasnt she said a year before that she cant cook in her interview? and now she has started cooking. Hmmmmmmmm!!!!!! I know girl, true said by TB article a way to Man''s heart is through his stomach.

+ 2
13 years ago What''s the big deal in making rice? All you gotta do is buy a rice cooker! It gets my job done with me even having to be there. Now that''s what you call a chef ;)

13 years ago rice? oh anjali, i can help u with that, hehe (only thing i know)