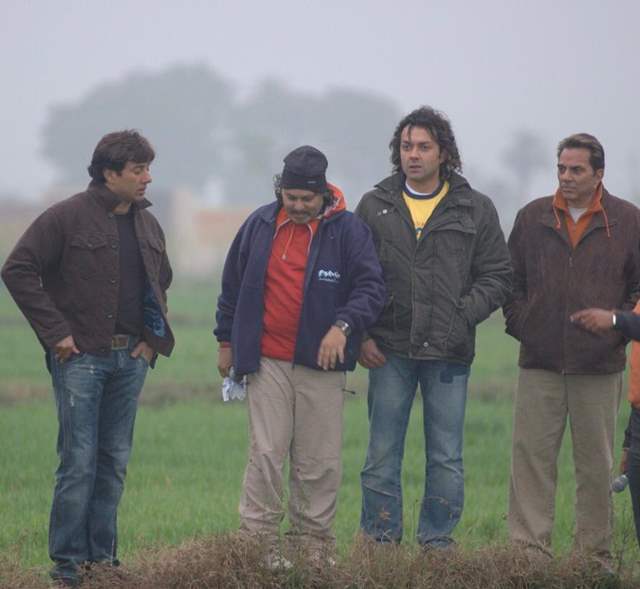 In 2007, Anil Sharma, the man behind India's most watched film ever Gadar-Ek Prem Katha, was also instrumental in putting together a casting coup that left the industry stunned and surprised.

For the first time ever, the maverick filmmaker got the entire Deol family - the legendary Dhamendra and his superstar sons Sunny Deol and Bobby Deol - to share screen space for the first time together, in Apne.

The film went on to become a rage at the ticket counters and was a blockbuster packed with the right action and emotion. To this date, Sharma happens to be the only director to have not only worked with the three Deols but deliver superhit films with each of them individually and together.

While the trio did work together again in a few films, the magic of Apne could not be recreated again. With Karan Deol also joining the terrific trio, Apne 2 will be the first time where all the three generations of the Deol family will be seen together.

I have always had a fantastic time working with Dharam ji. Then I worked with Sunny and Bobby and now, with Sunny's son Karan. The Deols have always been like family to me and we have always entertained the audience with our family driven films. Apne 2 will always be special as it brings the three generations together.

Soham Rockstar Entertainment has always believed to back wholesome family dramas which are equally entertaining and meaningful. Taking that ahead, we are bringing in Apne 2 next Diwali that also marks the first film for all the three generations of the Deol family together.