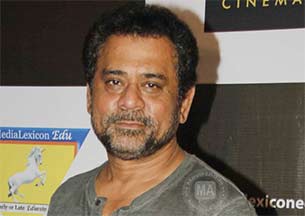 It was a triumphant homecoming for writer-director Anees Bazmee when he recently visited his native Modasa village in Gujarat. People turned out in full force at an event to honour their famous son.

Bazmee could barely hold back his tears as the entire village waved at, cheered and applauded the man who who had put their nondescript village on the Bollywood map.

"Modasa is where it all started. To return to the village where I was born and where I grew up and to be honoured in this spectacular way...I must have done something right," said Bazmee, who started his career in Bollywood as a dialogue writer in 1988 and then proceeded to script blockbusters such as "Swarg", "Aankhen(2002)" and "Raja Babu" before turning into a full-fledged director with "Hulchul" in 1995.

Reliving the emotional experience, he added: "The entire village had turned up to honour me. It was the most overwhelming experience of my life. The District Collector, police officers, doctors, lawyers , income-tax officers they were all there...I felt like a king."