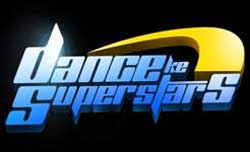 As far as the performances are concerned, there were a series of changes in the finale which put the contestants in a dilemma.

Source adds, "Prince who had done last minute changes in his choreography, forgot it during his performance. There was also a duet performance by Kishore and Vandana Joshi decided, but Kishore was replaced by Parvez after he got injured before the final performance."

"Awards like Best Future Politician to Amrita from and Best Viewers Choice Award to Alisha were also presented in the finale," signs off the source.

Watch out for the grand finale of Zee TV's Dance ke Superstars this weekend.

best_punz 9 years ago team jalwa was much better than d season 2 team ...

komalrocks 9 years ago i am super happy i wanted season 2 to win...if you luk at it season to was working harder then season 1 they had better proformances

morit 9 years ago the result of the DKS's finale was shocking for me & i'm really disappointed wid it coz i always wanted my favorite team JOSH 2 win the show...DID 1 r the great,they r the backbone of the show dance India Dance. DID 2 won the contest...who cares??? comparatively tha dancers of JOSH r much more talented & stronger then the dancers of JALWA,only the plus point for them was Dharmesh Sir while Mayuresh,Vrushali,Alisha,Vavna,Siddesh,Atul,Avneet,Prince,Paulson & Jay r the real winners...whether JOSH wins or loses,they r just awesome & they r the genuine winners...:)

--Saavi-- 9 years ago Thanks for the news, i love Jalwa team,especially Vaishu & Rituraj...

kooliio 9 years ago It was kinda obvious with last weeks decision but who cares...I was only watching it for the kids and loved all their performances!!

bablinisha 9 years ago i'm so happy for kishore and dharmesh. congrats team jalwa.