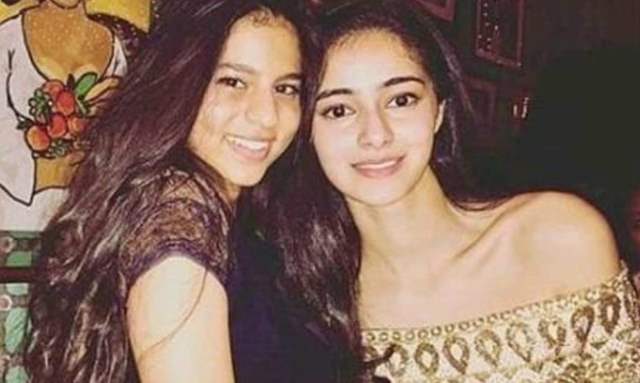 Ananya Panday and Suhana Khan spell friendship goals and their fun camaraderie is a delight to all their fans.

While Shah Rukh Khan and Gauri Khan's darling daughter, Suhana is currently studying in New York, her best friend Ananya Panday has made her way into the movies.

Ananya marked her debut with Student of the Year 2 and is currently on a promotional spree for her next film, Pati Patni Aur Woh, co-starring Kartik Aaryan and Bhumi Pednekar.

During the recent interviews, Ananya was asked about her friendship with Suhana, and she spilled some exciting secrets about her BFF.

Talking of Suhana, Ananya revealed that they were in the same school and used to participate in all school plays together.

“Suhana and I were in the same school together. We used to be in all the school plays and she used to be the main lead and I used to be this thing moving in the background. This is really cool because I think she is a brilliant actor," Ananya revealed.

She also added that Suhana is just too talented. "She is a great singer and a great dancer,” says Ananya.

Meanwhile, talking of Pati Patni Aur Woh, the film has been mired in a number of controversies regarding the alleged sexist monologue by Kartik Aaryan in the film.

Ananya Panday Impressed With Mimicking TikToker On Her Mannerism

"It was all Going So fast that I did Not Even have a Moment to Realize ...

Identity of Mysterious 'AU' in Rhea Chakraborty's Call ...
2 minutes ago