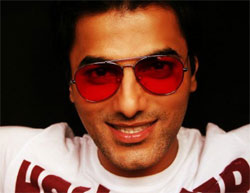 Star Plus and Hats Off Productions' Behenein will see a very interesting inclusion in actor Anand Suryavanshi who is all set to play a multi-dimensional character, that of a business tycoon.

Says our source, "Anand plays a unique and intriguing character who will go on to be a new lead on the show along with the others present. He essays the role of Jay Verma, a middle aged business tycoon, who happens to be the boss of Smriti (Shiju Kataria). There will soon be a sizzling chemistry between Jay and Smriti which will be similar to the chemistry between Amitabh Bachchan and Tabu from the movie Cheeni Kum. His character will create a lot of intrigue and will bring in a major twist".

We tried contacting Producer J.D. Majethia, but he remained unavailable.

Shiju Kataria though confirmed the buzz and accepted that Anand is part of the show.

Our efforts to get in touch with Anand Suryavanshi were futile.

Anand was last seen playing a cop in COLORS' Bhagyavidhaata. We hear that the role is very much performance-oriented and is a rarity in today's television scenario.

The actor has started shooting for Behenein, and his entry is expected to happen very soon..

Catch the new twists in Star Plus' Behenein with the entry of the brand new character..

+ 3
9 years ago lol he isnt THAT old to make amit -tabu type pair with smriti...

10 years ago i really hope he is not a negative character!! because him and smithi would really make a cute couple!!

+ 6
10 years ago welcome back Anand
And Anand and Smriti wud make a good pair ..... it cant b like that of Amitji and Tabu atleast