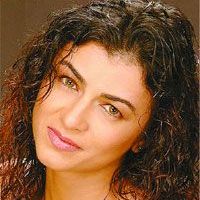 According to our source, "Anaida was the only girl to join Chetan and Aakashh during their workout routine. She revealed that she can do about 3,000 'kapalbhatis' (a breathing exercise) which shocked both men. Anaida also said that when she was much younger, she worked out regularly and had developed muscles."

Surely after getting to know Anaida's workout habits the boys have newfound respect for her. Says our source, "The guys joked that if Anaida was part of the Maha Jungle Challenge then neither of them want to be pitted against her for they know they would just lose. Chetan said that Anaida's brittle frame is indeed deceiving and that she actually is a powerhouse who can knock anybody out. But jokes apart the boys genuinely praised Anaida for her enthusiasm about workouts."

Maybe Anaida's music faded away because she is cut out to be sort of a workout trainer? With her svelte frame and undying enthusiasm she can surely inspire many to have fitter bodies…

14 years ago i like dere music.. cant wait for da movie