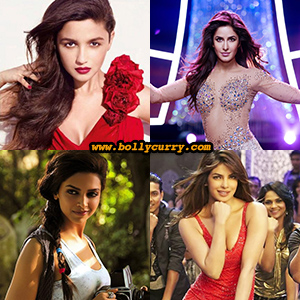 First things first, a heroine has to be drop dead gorgeous at all times of the day. Whether it's in the middle of a shower, just after they've woken up or while they're screeching at someone, they've to look their very best! Their lusciously long hair has to be set without a strand out of place, while their unblemished skin glows under the light. It doesn't even matter if the heroine in question is a high school teenager like Shanaya (Alia Bhatt in Student of the Year, 2013), because no one in high school battles with petty issues like acne and an awkward figure, right? 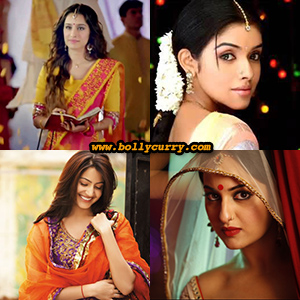 Of course, if we're talking about the heroine of the movie, she has to be the most perfect girl in the world. She'll be the apple of everyone's eye, befriend random children on the street and stand up for those suffering from injustice. Remember Ayesha (Shraddha Kapoor) from Ek Villain (2014) and Kalpana (Asin Thottumkal) from Ghajini (2008)? Didn't they bring out all your feels? After all, this is the woman every man wants to bring home to introduce to his family, so she's got to be a modern day reincarnation of Savitri herself! 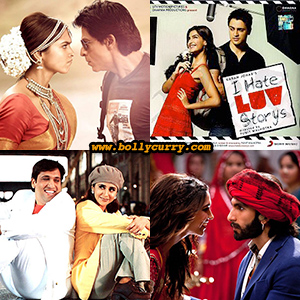 When our heroine does meet the hero, for some reason best known to the writers of practically every Bollywood movie ever made, she has to hate his guts. It could be for reasons as petty as a mistaken identity like that in Kunwara (2000), or as complex as a family rivalry spanning through generations as was seen in Goliyon Ki Rasleela Ram-leela (2013); but their relationship has to start off with hate from the heroine's side. A few scenes into the plot of the movie though, this detail will turn inconsequential and the heroine will fall head over heels in love with the hero. So for all our readers who are aspiring to become a Bollywood heroine, do not let this point deter you! You will get to suck the hero's face at some point in the movie! 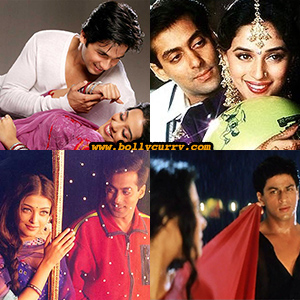 Regardless of whether the heroine is shown to be traditional and reserved (remember Poonam in Vivaah (2005)?) or spunky and confident like Nisha (Madhuri Dixit Nene) from Hum Aapke Hain Kaun (1994), she has to shy away from her hero when he tries to get physically intimate with her. Despite being blatantly obvious that the heroine clearly wants to get some action, she's still going to act shy and run around the room a couple of times, take some deep breaths and finally give in to her hero's advances after 30 minutes in the timeline of the movie. If it was this obvious that the heroine and the hero had the same thing in mind, one can't help but wonder the reason behind the seemingly futile chase sequence that just wasted 5 minutes of the screen time and destroyed some 200 brain cells of the average viewer. 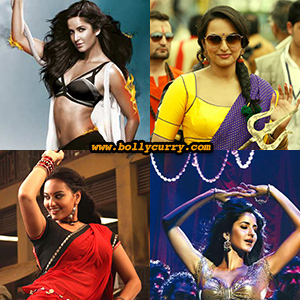 In most of the Bollywood masala movies these days, which happens to be a large proportion of all Bollywood movies, the heroine is as useful to the plot as the gorgeous crystal chandelier in the living room of the hero's palatial mansion. In other words, she has no work except to look pretty and romance the hero whenever he's not beating someone up. Don't believe us? Just watch all the popular blockbuster movies which have made over a 100 crores at the Box Office. Be it Rajjo (Sonakshi Sinha) in Dabangg (2010) and Dabangg 2 (2012), Diva (Sonakshi Sinha) in Joker (2012), Anya (Katrina Kaif) in Tees Maar Khan (2010), Aaliya (Katrina Kaif) in Dhoom 3 (2013) or Chanda (Sonakshi Sinha) in R...Rajkumar (2013), the heroines have had as much significance to the plot as a flower pot. 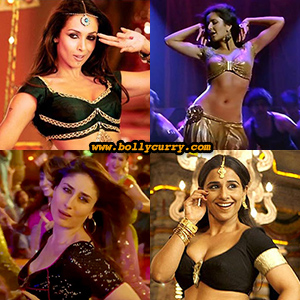 Lastly, a new trend that has been emerging in movies lately, is of the heroine's item number in the movie. Interestingly enough, this item number may not even be of any significance to the plot of the movie, and the heroine's presence could be equally unnecessary. But who would want to leave the chance of being associated with a popular item song and being nicknamed a Laila or a Babli? What matters is a peppy song, a catchy phrase featuring a popular commercial product like Munni's infamous Zandu Balm or Bebo's Fevicol and some 100 odd dancers gyrating their hips behind the sultry heroine. Because at the end of the day, the jawaani could be halkat or it could belong to Sheila, heroines like Pinky just have to prove that they only belong to those who have a lot of money.
And this, my dear readers, is a glimpse into the top secret Idiot's Guide to a Bollywood Heroine. The book in entirety is off limits to the general public, and only we know the trouble we've endured to bring this out to you! Of course, our readers are going to have their own pointers to add to this list, so what are you waiting for? Comment below, and who knows, your idea may be added into the guide!