Ever thought ghosts could make you laugh? Well, SAB TV can make you believe the impossible. Changing the usual trend of thought, India's only linear family comedy entertainment channel – SAB, brings its viewers a comic show 'Bhootwala Serial' - a first of its kind where Ghosts will create a laugh riot for the first time on Indian television. The show premiers on February 23, 2009 and will air every Monday to Thursday at 10:00 pm only on SAB.

A show which can jolt the funny bone and send a chill down the spine at the same time revolves around the life of Vicky (Rajesh Kumar) who inherits his grandfather's old bungalow. Caught in the vicious trap of the stock market, Vicky nearly goes bankrupt and flees the city with his friend Ram (Dhruv Singh) to avoid his moneylender. Finding a ray of hope with his inheritance, Vicky decides to start a guest house in the bungalow, earn some good profit and payoff his dues. Little does he realize that he is not the sole inheritor of the house; making their presence profoundly known is a family of ghosts who have made themselves quite comfortable in Vicky's bungalow.

The show portrays a combined look which is a brilliant mix of the times today and the era gone by. The ghosts played by Kiku Sharda, Anup Upadhaya, Melissa Pai and Manju Brijnandan Sharma portray a retro 'sixties look' while Rajesh Kumar, Dhruv Singh and Shital Maulik represent a more modern look as the humans in the show.  This visual contrast really makes the show a treat to watch.

Talking about the show and the plans of SAB TV for future, Mr. Anooj Kapoor, Business Head - SAB says, "SAB is innovating new concepts in the genre of Comedy. Viewers are fed up watching the same thing, so we are coming up with something unique. In keeping with SAB's new strategy, 'Bhootwala Serial' is India's first horror comedy on television. It deftly combines humor and comedy to create a very enjoyable and unique family viewing experience. Not only this, are we also coming up with Hospital comedy, courtroom comedy etc". Sprinkled with a lot of craziness and complete comical madness, each episode of the show will be a hilarious face-off between the 'bhoot family' and the 'human family' and their constant endeavors to out-do each other.

The madness will start from Monday, February 23, every Monday to Thursday at 10:00 pm on SAB.. 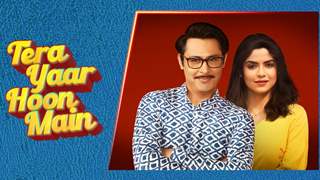 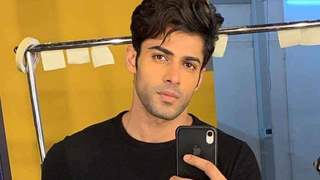 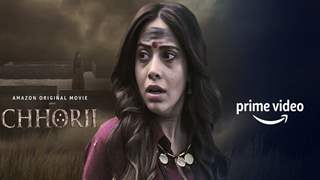 ranveergill 12 years ago Looks like it''s going to be a great show! I wish the cast and crew the best, they look great!

+ 8
12 years ago Wow entire FIR clan in Bhootwala serial. Wish the cast & crew of the show all the best!!