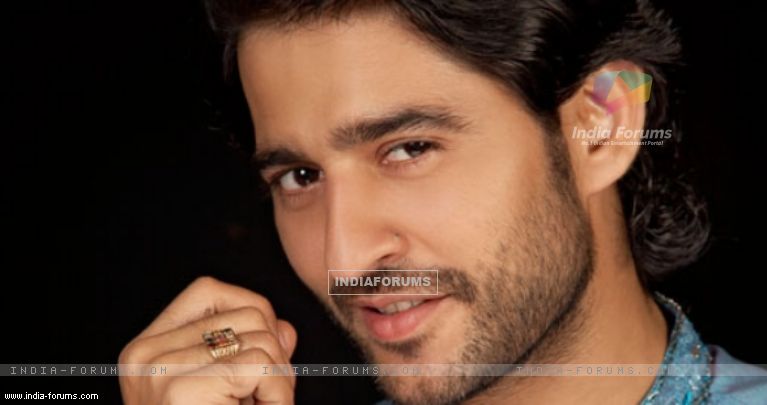 The popular and talented actor Hiten Tejwani, who has won many hearts portraying serious kind of roles on television and movies as well, is now all set to entertain the audience with comedy on the big screen.

Hiten is all set to tickle your funny bones with his upcoming movie Thoda Lutf Thoda Ishq which is going to be a romantic comedy film. It's Hiten's first comedy as well as a movie as a lead. TellyBuzz speaks to Hiten on the movie, his experience, his future plans of doing movies and much more...

How did the movie happen to you?

Sachin Gupta (the director of the movie) and I met before as I wanted to do something in theatre. I was in talks with him for some plays. While the talks are on, he offered me this movie. He knew that I haven't yet experimented with the comedy genre. I was very excited and said a Yes' to it. I found the script very interesting and funny when he narrated it to me. So, I started doing workshops for it and now the film is ready. We have made this movie from the heart and I hope the people will like it.

It's the first time that you have done comedy. So how did you prepare yourself for it?

It's the first time that I have done a comedy; I have done a lot shows and played a lot characters. Everybody wanted to see me doing a comedy show and so they will get to see me experimenting with his genre now. Everything happened in a very planned way and there were workshops.

How has been your overall experience?

It was a brilliant and a lovely experience! Hard work always pays off!

Tell us something about your character in the movie?

I am playing the character of Jhumroo in the movie. The story revolves around two guys named Jhumroo and Ghunghroo who are good for nothing. They are typical Delhi guys and so the film is about how life turns out for them. The movie will convey a message to the youth who just waste their time thinking they can do anything in life. It's a lovely, small and a sweet film.

How did you prepare yourself for this role?

How is your sense of humor in real life?

I do have a good sense of humor and people love it. That's the reason why they wanted to see that side of me. We have improvised a lot of lines in the script and I am sure that viewers can easily catch that this particular line would be of Hiten only because only Hiten can think of it.

Were you also shooting for shows when you were shooting for the movie? If yes, then how did you manage everything?

How is the response so far from the promos?

Whoever has seen the promos, has liked it. My director told me that people think that I am a sober guy and he wants to break that image of mine and make me look like a typical Delhi guy. This movie is going to present me in a different avatar.

How are you seeing your journey from television to movies?

I have been very happy and busy with television and I had no time for movies. So, when I got the time I did movies. I am looking forward to doing a lot of good work in movies too. I am very thankful. It's all about having patience in life. You need to give time and think about what exactly would you like to do in life because I have seen people doing movies and now they are getting back on television. So, a balance between both is necessary.

A television actor definitely wants to move ahead in life. Next step from television for them is definitely movies. I think one should not quit television because at the end, you have to come back to television just the way the movie actors are!  One needs to balance things in a way that both can go simultaneously. There may be a situation when you have a lot of movie projects in your hand and you can't give time to television. So, in that situation you should make exit from television being open to re-enter television though in the future.

Television or movies; what would you prefer now?

I would prefer doing both. I won't quit television overnight for movies. I won't forget that whatever I am today is because of television. When I won't get time then I might exit from television but I will always be open to television whenever I will get time from movies.

5 years ago Loved your roles in Pavitra Rishta and Choti Bahu. Congratulations on your success. Would love to see more shows with Anita and Rubina. both charming and talented.

5 years ago Thank u IF for lovely interview... Best of luck hiten for movie... Way to go hien!!!

+ 3
5 years ago Hiten is best and his views are also right.

Indeed they should balance both!!!!

5 years ago Very logical Hiten!! Keep your options open and don't burn bridges. You never when they will be needed.

+ 2
5 years ago Thanks If for this interview, hiten tejwani the superbly talented actor, best of luck for the movie Hiten, u r gonna rock, and I also want a new serial of you & gauri together

+ 2
5 years ago All the best to hiten for his upcoming movie...thanks IF for this lovely interview

5 years ago Sooo true...love your views Hiten...
You have been working for TV since last 15 years almost...and have gained immense acheivements, respect and popularity...a very talented, versatile actor...proud to be ur fan..

such a lovely interview...Thanks IF