View Profile
Good news on the floor for Shamrita fans, as a candid confession comes from the lady herself. 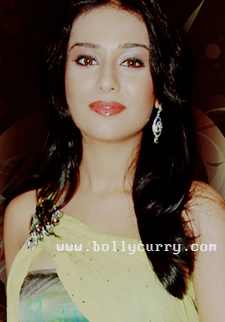 er, Vivaah, Amrita admits to Shahid Kapoor being her favorite ever co-star. We can tell you Amrita, that many shall be in eager agreement of that sentiment!

In a recent interview, she told the scribe tribe how she hoped and looked forward to a good script coming their way, such that the two co-stars could continue on their past trend of doing good films together. She added, how working with Shahid on the last Rajshri project had been a great experience.

Facts have it, that Amrita who was last seen in Neeraj Vora's Shortkut: The con is on, back in 2009 has been on a near 2 year hiatus. But fans of the pretty lady have news to celebrate, for she will soon be seen pairing up with Tushar Kapoor for Rajshri's Love U'Mr.Kalakar, which is deemed to be a romantic comedy.

For records also, it is to be noted that Amrita was supposed to be seen in The Legend of Kunal, an AB Corp. production which also cast Amitabh Bachchan and Arjun Rampal in meaty roles, with Amrita tipped to play the latter's wife. Based on the epic life of King Ashoka's son Kunal, the film was unfortunately hit by recession and thus never went on the floors.

On a note of being missing from Bollywood for two years now, Amrita hence clarified, that those two projects had both been due for 2010, but met an unfortunate fate at the hands of recession.

Whatever the reasons might have been, Amrita's fans have surely and sourly missed her.  Undoubtedly, they shall be ready to welcome back the actress with open arms!
Editor(s): Medha & Naseem
Graphics: Shikha.
49 Likes

Amirta Rao Waives Off Rents of her Tenants; Requests others to Not ...