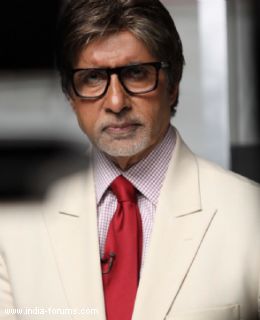 New Delhi, Oct 15 Amitabh Bachchan, who is making his Hollywood debut in Baz Luhrmann's 'The Great Gatsby', is delighted to be part of the project and has described the experience as incredible.

'It has been a delight to be associated with a production that must in my opinion and limited experience be described as incredible,' Bachchan posted on his blog bigb.bigadda.com.

'The sheer level of management to detail and correctness in every sphere is by itself an exercise in the ultimate,' he wrote.

'And why not. When history shall refer back to the effort made in restoring the contents of a literary work on film, they must indeed have the perfection of detail, if not anything else, in homage to the author,' he added.

The 69-year-old is currently in Sydney, Australia, shooting for the film which is an adaptation of F. Scott Fitzgerald's classic and has Leonardo DiCaprio in the lead.

'I am here to shoot for Baz Luhrmann's 'The Great Gatsby', with Leonardo DiCaprio, Tobey Maguire and Carey Mulligan and a host of other most prominent artists from all over the world,' Bachchan posted.

'It has been rewarding to be in the company of those that have mastered the art of presentation in a medium that also forms a vital part of my profession too, and I can only say that even though I am well past the age of learning and experience, there is still mountains to imbibe and conquer and educate ourselves with,' he added.