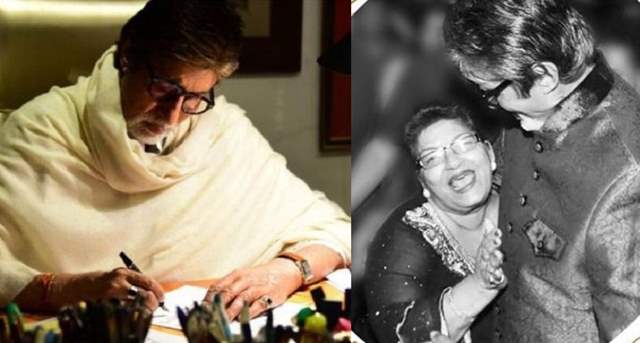 Amitabh Bachchan has penned down a heart-wrenching message bidding Saroj Khan a final good-bye. Recalling an incident he wrote:

"Saroj ji .. you gave us and the industry, rhythm, style, grace of movement and the art of converting the lyrics in a song to a meaning in dance .... on a chance meeting many many years ago she paid me my best compliment .. she was living in Dubai then from marriage and when DON was released she said “I saw the film and then after, I would go to the theatre where it was released, at the time when your song ‘khaike paan.. was on , see it and come out .. I used to do it regularly every day .. I would tell the usher to let me in just to see the song and leave .. that is how much I enjoyed your dance moves ..” !!

Coming from her was the ultimate .... a legacy has passed away .. And the show moves on .. in remembrance of those that have left us during this time of the times .. day by day they go away .. leaving us all with the happy memories of their presence .. of their immense contribution .. of their life long creativity, captured and documented on celluloid for posterity ..

I shall end for the DAY now .. the mind is filled with remorse and grief ..

Eva Green Slams Back at Allegations That She Killed The ...
12 minutes ago

Mahima Chaudhry Reveals Being Bullied By Subhash Ghai; Only ...
34 minutes ago