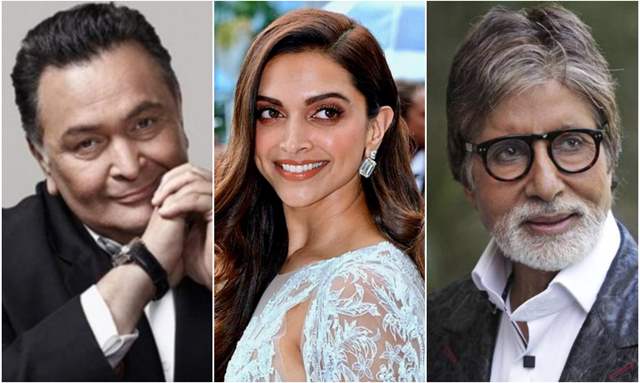 ‘The Intern’ remake has yet again seen a major twist since its announcement in January last year. Sunir Kheterpal’s Athena and Warner Bros reportedly announced that Rishi Kapoor and Deepika Padukone would be seen reprising Robert De Niro and Anne Hathway’s role respectively in the Hindi remake of the Hollywood film. However, since the demise of the actor, the project was halted and the makers are yet to announce who would fill-in for Kapoor’s spot.

Now, if we are to go by the reports, it looks like the film is back on track, and this time Amitabh Bachchan has been roped in opposite the actress.

Previously, Deepika and Amitabh were seen uniting for Piku and the audience loved them. According to a recent Bollywood Hungama report, a source close to the development says, “The Hindi remake of The Intern hit a massive roadblock with the demise of Rishi Kapoor. This suddenly meant that the venture was missing a crucial member of the cast, and the makers had to re-analyze the casting.”

The source continued, “Though it has taken a while, the makers of The Intern remake have now locked Amitabh Bachchan for the project and are looking to resume the shoot soon.”

“Amitabh Bachchan has been cast to reprise the role that would have been played by Rishi Kapoor. Though it is unclear when the film will finally commence shooting, talks are on with the cast members to finalize dates,” added the source quoted by Bollywood Hungama.

As of now, no official comment was to be had from the producers, and nothing has been finalized as yet. A SpotboyE report quoted a source close to Amitabh Bachchan who said, “They are in talks. He (Mr Bachchan) has a packed calendar ahead. Let’s see.”