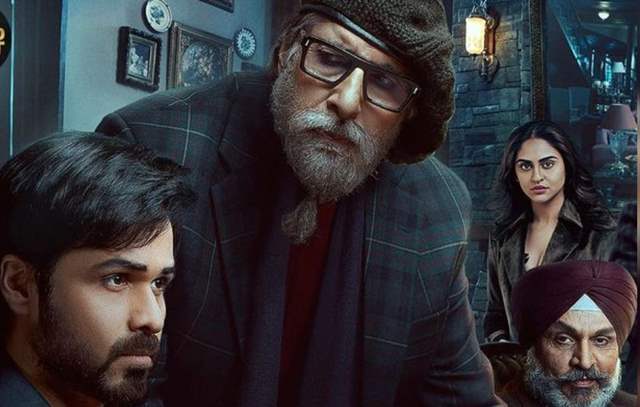 Even after being postponed twice, producer Anand Pandit was firm about the promise he made and has finally declared a theatrical release for Amitabh Bachchan and Emraan Hashmi starrer Chehre.

The announcement video has received a whopping number of 1 million views on YouTube within 24 hours. After receiving so much love from the audience, the makers have now shared one more dialogue promo from the film where we can easily see Mr. Bachchan portraying a lawyer and simply overpowering the screen with his heavy voice and intriguing dialogues.

The promo also showcases Emraan Hashmi tensed as Mr. Bachchan is tightening the claws of the judiciary around him. Unarguably, the film truly deserves the theatrical release and it will be there in the cinemas to entertain us on 27th August 2021.

The film has been a dream-come-true for producer Anand Pandit who always wanted to work with Amitabh Bachchan. The film's scale and production values were also designed in keeping with the stature of the megastar. This is one of the reasons why Pandit knew this was a film made for the big screen.

Speaking about the film getting a theatrical release, veteran producer says,

There was no doubt in my mind that this was a film meant for a theatrical release. 'Chehre' is not just thematically strong but has a certain grandeur that deserved the immersive magic of the big screen. I have grown up watching blockbusters in theatres and to watch Mr Bachchan on the big screen in one of my productions would be beyond thrilling. This is also my 51st production and I wanted to make its release, a special occasion for the cast, the crew and the audiences. The film will now be released all over the world on 27th August and I couldn't be happier.

The film shows Emraan Hashmi who plays a business tycoon with a complicated past.