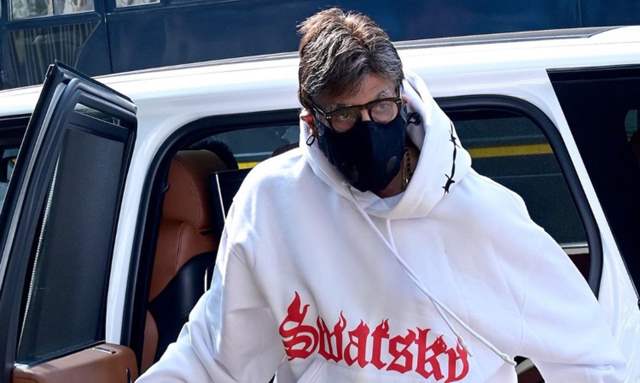 Legendary actor Amitabh Bachchan has finally returned on the film sets after he informed about the wrap-up of his quiz show, Kaun Banega Crorepati 12. The senior actor expressed feelings of nervousness and apprehension as he commenced shooting for Ajay Devgn directorial venture 'Mayday'.

Taking to his Instagram handle, the 'Shahenshah' actor shared a picture of him coming out of a car and reflected about his first day on the set and shared that he still experiences feelings of fear and 'constant apprehension' whenever he begins filming for a new project.

His caption read, "Dear Lord .. these first days on new films are always such a nightmare .. Petrified and in constant apprehension. Wondering what shall happen and if it happens will it be acceptable and passed ... Want to run away and hide."

Apart from Devgn and Bachchan, the film will also be starring Rakul Preet Singh. Devgn shared a glimpse of it on Twitter where he announced that the film will be completed in a start-to-finish schedule as well as the release date. With shooting set to be completed over the next few weeks, Mayday will be releasing on 29 April, 2022.

With Devgn up for his third directorial venture and getting to direct Senior Bachchan, things are already pretty exciting for the film already.