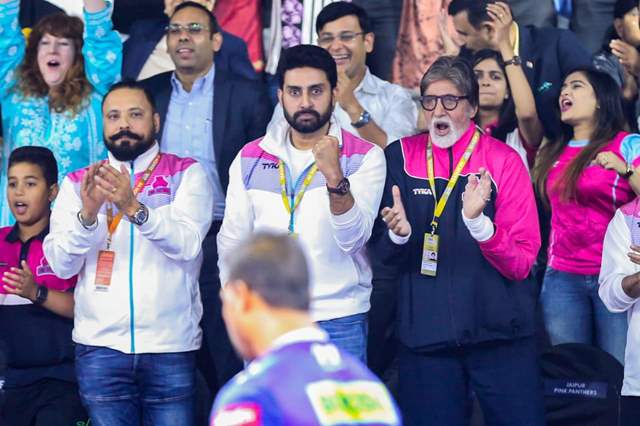 On December 4, Sons of The Soil made it's much awaited debut on OTT platform. Directed by Alex Gale and produced by BBC Studios the series is a sports - documentary series. It takes us  on a journey showcasing the behind the scenes of a Kabaddi team. It is an honest look into what goes into making a successful team.

Now, Amazon Prime Video took to their social media to share a clip that saw Amitabh Bachchan sharing his superstitious belief behind not watching or attending matches. He feels if he watches the team's matches then they may end up losing it.

The coach and team request Big B to attend the match promising him they shall win it for him.

'Sons of The Soil' has set in the kabaddi fever by showcasing the owner's emotions, players hardwork, failure and rise making you fall in love with the intense and smart game of Kabaddi.