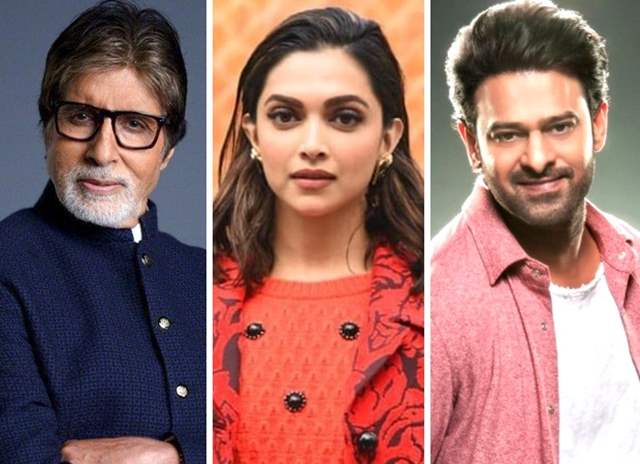 In July this year, a huge announcement about Nag Ashwin's next mega project had made headlines. Marking the first collaboration between Baahubali star Prabhas and the stunning Deepika Padukone, this untitled project has already raised the expectations among the audience soaring high.

To top the excitement around the project,  the makers of the film had hinted at a big surprise today on October 9 2020. And putting an end to all speculations, the twitter account of VVjayanthi movies made the ‘BIG’ reveal. The tweet read, “Welcoming with a full heart, the pride of a billion Indians. The Amitabh Bachchan. Our journey just got BIG-ger!

Take a look at the video below.

Big B has joined Deepika and Prabhas in this mega project, making this one of the highly anticipated release to look forward to.

'I feel lucky and blessed that Bachchan Sir has selected our film among the many choices he has. It is a full-length role, which we believe will do justice to the legend that he is," the film's director Nag Ashwin said.

Amitabh Bachchan expressed his happiness as he joins the mega project. He wrote on social media: "An honour and a privilege to be a part of this momentous and most ambitious venture. and my greetings for the completion of 50 years for Vyjayanthi Movies... may you celebrate another 50 . and on .!"

The Pan-Indian film will be shot in three languages, Hindi, Tamil and Telugu. It is touted to be a huge budget film and belongs to the sci-fi genre.

The project has been made possible by Vyjayanthi Movies, producer C. Aswini Dutt, co-producers Swapna and Priyanka Dutt and director Ashwin Nag.