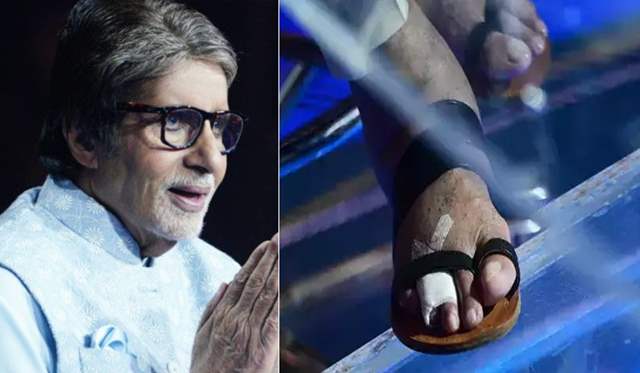 Superstar of the millennium, Amitabh Bachchan doesn't need any introduction and all the more for the fact that he has been going stronger than ever for over five decades now. The superstar has braved multiple injuries, surgeries and several other hurdles to continue to keep shooting and have a career for the ages.

A recent instance was no different where the actor went on to fracture his toe. That's right. Bachchan fractured his toe and even then he continued to shoot. The actor took to his official blog and dropped a picture of his fractured toe as he opened up about working despite all odds. Sharing a glimpse of his ongoing quiz show, he revealed his traditional look for the upcoming Navratri episode where he is seen sporting a camouflage ‘sock like’ shoe for protecting the broken toe.

Kaun Banega Crorepati is currently in its 13th season where Bachchan has returned as the host for 10th consecutive season and his 12th overall.

In the meantime, on the workfront, Bachchan has multiple films lined up in the form of Jhund, Brahmastra, Butterfly, Mayday, Goodbye and an untitled Nag Ashwin film which will be bilingual - Hindi and Telugu. 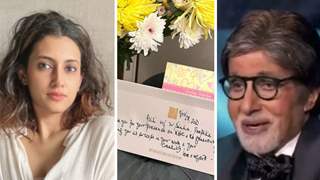 Additi Gupta is overwhelmed on receiving a hand-written letter from ...