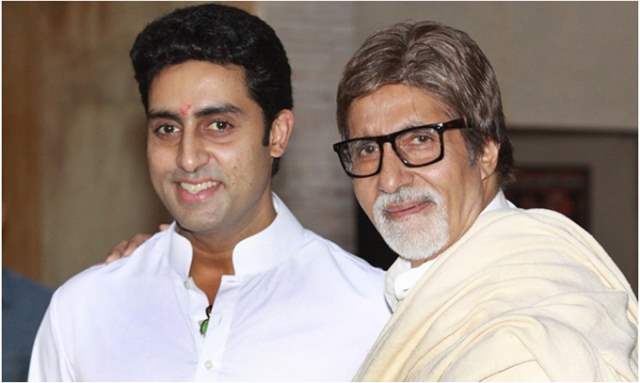 The Bachchan clan including- Amitabh Bachchan, Abhishek Bachchan, Aishwarya Rai Bachchan and daughter Aaradhya reportedly contracted Coronavirus. Their test results were confirmed to be 'Corona Positive' on Sunday and the father-son duo was admitted at Nanavati hospital while Aishwarya and Aaradhya have been home quarantined. Jaya Bachchan, who has tested negative, is being closely monitored.

The reports of them contracting the virus has shocked the entire nation and fans have been praying for their well-being. Meanwhile, Amitabh in his Tweet has mentioned that everyone who came in contact with him since the past 10 days, needs to get themselves tested. However, another report suggested that the studio in which Abhishek dubbed his recently released web-series - Breathe: Into the Shadows has also been closed temporarily.

Now, a recent report in Times of India suggests that their test results might also affect the schedule of their upcoming shoots.

While Amitabh had a couple of film and television projects lined up for completion, Abhishek was seen resuming his post-production work as soon as the lockdown was eased. Apart from that Jr Bachchan was also set to resume the shooting for his on-going projects and complete the shoots later this month. Abhishek was also set to resume work on Sujoy Ghosh's 'Bob Biswas' in Kolkata, in August.

The recent unfolding of unfortunate events have reportedly prompted filmmakers to push the production after the monsoons.

The news of the Bachchan clan testing corona positive has flooded the social media with prayers and wishes. On the other hand, the recent reports confirm that the family showed ‘mild symptoms’ of the virus, are being treated at a city hospital.

Eisha Singh expresses gratitude to her mother for prepping ...
21 minutes ago

Puja Banerjee on Having a Traditional Wedding After Baby's ...
10 hours ago

"I Wanted To Cry Badly But Somehow Held Myself Together" - ...
12 hours ago
View More
TOP