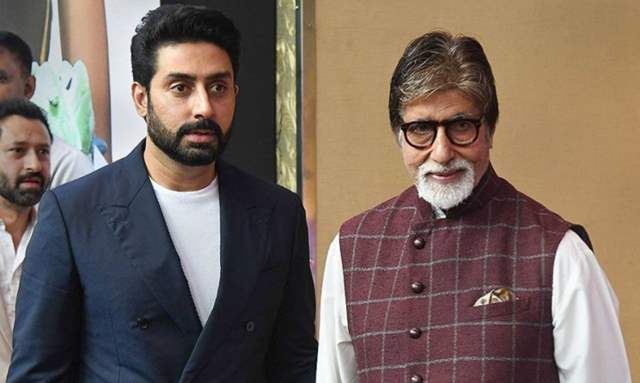 Actor Abhishek Bachchan has experienced his fair share of struggles and failures since an early age. In a recent interaction, The Big Bull actor revealed that he had 'front row seats' when his family went through a financial crunch in the 1990s. He also mentioned that he was forced to drop out of college and return home because his father, Amitabh Bachchan, 'was going through a really rough time'.

In his recent appearance on YouTuber Ranveer Allahbahia’s podcast, Abhishek reminisced about the time when he wasn't 'qualified' to help his father Amitabh Bachchan in any way, he felt that as a son, he should be around his father.

He said, "Well, truth be told, I left university - I was studying in Boston University. I had declared my major as liberal arts, and then I majored in performing arts. And I left my education because my father was going through this really rough time, financially. He had started this business called ABCL."

He continued, "I don't think I was qualified to help him in any which way, but I just felt that as a son, I needed to be around my father, and help in whatever way. So I left my college and came back. I started helping him in his company."

Abhishek revealed that he 'started as a production boy', which he described as a 'glorified tea maker'.

During his interaction, Abhishek recalled the particular incident when his father summoned him to his study late at night, to tell him that his 'movies aren't working out, the business isn't working out, nothing is working out'.

Amitabh decided to 'go back to basics' and revive his acting career. Abhishek revealed that his father 'walked across to Yash Chopra's house' the next morning and told the director, "Look, I don't have a job, nobody is giving me work anymore, my movies aren't working, and I've come to ask you to please give me a film to work in."

Later, Amitabh was offered Mohabbatein followed by his foray into television with Kaun Banega Crorepati. Both projects turned his fortunes around.

Meanwhile, Abhishek Bachchan is currently making it to the headlines since the release of his film ‘The Big Bull’. The actor has once again proved his mettle with the performance in the Kookie Gulati directorial.