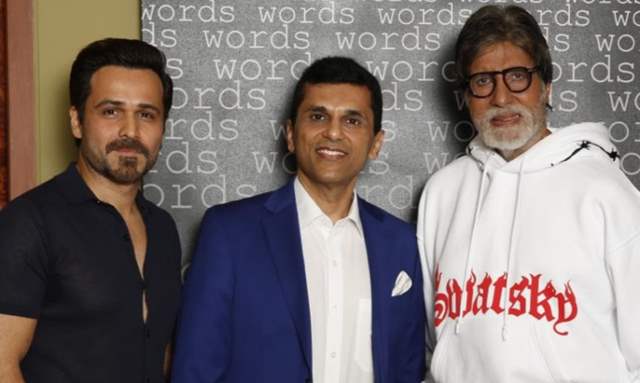 The Covid-19 wrath continues to proliferate in several parts of Maharashtra and new guidelines have been rolled in and a lockdown is also slated to soon come in place to curb the spread of the virus. It has ultimately affected the industry’s business and makers are in a dilemma as the theatrical release of Bollywood movies are being pushed to further notice.

On Tuesday, Amitabh Bachchan and Emraan Hashmi-led Chehre that was slated to release on April 9 has been put on halt after the rising Covid-19 cases and chief minister Uddhav Thackeray indicating a second lockdown on Monday. Now, the film’s producer Anand Pandit has deferred the mystery thriller’s release.

The Mid-Day report quoted him talking about the same and said that the decision felt right given that theatres are likely to be shut in the second round of lockdown.

“I have always lived by the maxim of ‘safety first’. Given the rising number of cases, it is only right that we delay the release of Chehre. The minute we see the cases dipping, we will take a call on the release date,” Anand Pandit said.

Rumi Jafry’s directorial has already been delayed by a year now, and Producer Anand Pandit reportedly informed that the team of Chehre is not looking for an OTT premiere. He also mentioned that Amitabh and Emraan have supported his decision to postpone the release and the producer further mentioned that Amitji wants the viewers to enjoy the film without any fear.

“At this point, we are not looking at an OTT [premiere]. Amitji and Emraan applauded my decision to postpone the release. We are on the same page when it comes to audience safety. Amitji said that viewers must enjoy the film without any fear,” said Anand Pandit.

After Haathi Mere Saathi, ‘Chehre’ team on Tuesday announced that the release of the film is now being postponed. The film was scheduled to hit the theatres on 9 April but unfortunately will not be releasing anytime soon.