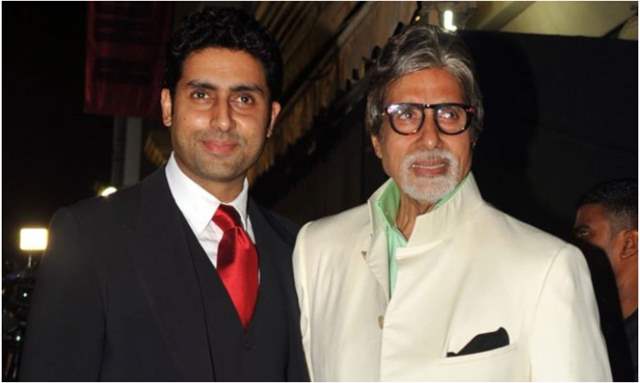 Amitabh Bachchan and Abhishek Bachchan were admitted to Mumbai’s Nanavati Hospital after they were tested positive for coronavirus. The actors were admitted on Sunday morning and BMC took necessary precautions to seal their residence.

The news of the Bachchan clan being tested positive for coronavirus has broken the hearts of fans across the nation and even other Bollywood celebrities have been praying for their well-being.

Now, Nanavati’s public relation officer has issued a statement regarding their health. A report in PTI mentioned that hospital sources said Amitabh Bachchan and his son, actor Abhishek Bachchan are ‘responding well’ to the treatment.

The report also quoted the hospital insider who said, “Both are stable and are responding well to the treatment. They will have to be in the hospital for at least seven days.”

The father-son duo revealed their diagnosis on Twitter on July 11, saying they were in the isolation ward of Nanavati Hospital. Apart from Amitabh and Abhishek, Aishwarya Rai Bachchan and daughter Aaradhya Bachchan have also been tested positive for coronavirus.

Taking to his Twitter handle Abhishek confirmed that Aishwarya and Aaradhya’s will be ‘self-quarantining at home’. Meanwhile, Amitabh thanked his fans and well-wishers for brightening the darkness of his isolation with their messages of love on Monday night.

Raisa- 1 months ago There is more important news than the this family getting covid19.