Amit Varma of Kittu Sab Jaanti Hai fame hits the small screen once again with old pals - JD Majethia and Aatish with Baa Bahu aur Baby. After a light hearted comedy in Khicchdi and a melodramatic character in Kittu, Amit is back with a character much different from what he’s done earlier. 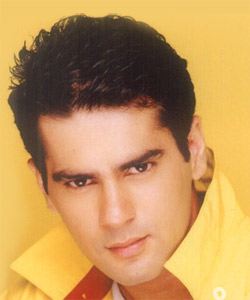 Featured Video
How is your character in Baa Bahu Aur Baby?

I am playing a very different character in the show, of a silent charmer, a very quiet and intense guy. It’s not a comic role as one would expect with a show like such. I play a typical today’s person who is intelligent and who believes in ideologies. He is much of a thinker, and a painter by profession.

We heard you will be playing the love interest of Baby, is it true?

Yes, I will be playing Baby’s love interest. Due to some demanding situation, I land up in the Thakkar family, and I spot Baby there and fall head over heals for her. Slowly, Baby also likes this guy, and the way their logical love develops should be fun to watch.

How is it to work with Hats Off?

JD and Aatish have been very good friends of mine. I had a blast working with them in Khicchdi. Even when I was not working with them, we were in touch. Now it is great to get back on the professional front as well.

We are seeing you in Television after a while now. What made you busy?

I was in Toronto shooting for a Vidya Balan and Shahid Kapoor film, an Aziz Mirza film, in which I have a substantial role to play. As soon as I got back, I was offered this role, and I took it instantly.

Getting back to Baa Bahua Aur Baby, how is it that an intense character like Birju will find a place in a fun-riot family?

This is the brilliant work of Aatish and JD, and they have yet again etched a fabulous storyline, where a serious character will come face to face with a bunch of fun loving people, and what will follow is a fun riot, totally hilarious..

14 years ago its nice to c amit wid baby. i liked him in hotel kingston. he'l b looking good in BBB.

+ 4
14 years ago Thank god its amit verma and not manish goel. i liked amit in hotel kingston and im sure he will be good in BBB.

14 years ago yes it was shown in sbs tht manish will play that role.
anyway, i liked amit verma in khichdi so it wud be gud to see him again in BBB

14 years ago Yeah my Baby finally gets a love interest and will hopefully get married soon :). I can't wait, and he is also really cute;)

14 years ago Wow, so many love interests for Baby... I was thinking the same thing as bostanian, is Manish Goel still in it?

14 years ago It's great news...Amit'll be the best for Baby-- But..earlier someone posted an article that Manish Goel-aka 'Tilak' of 'Bhabi' will be the love-interest of Baby !!!I'm confused.