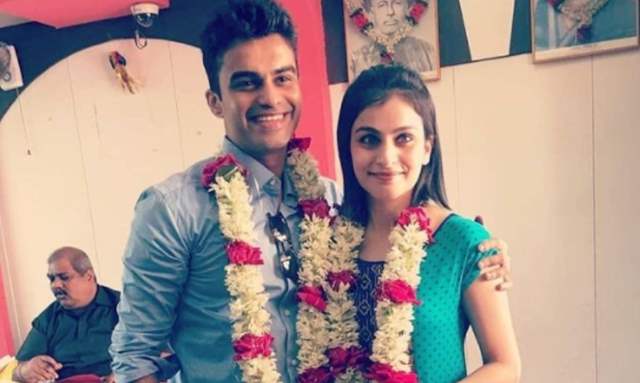 Actor Amit Dolawat has kickstarted the new year on a rather happy note as he has been blessed with a baby boy today. The actor got married to Cheshta Sharma, who is an airline cabin service instructor. They got married back in 2017 and the couple has now embraced parenthood.

While talking about the same, the actor told The Times of India that he is extremely happy and is on top of the world. H added how he is so overwhelmed that it is difficult for him to describe it in words as they went in as two but came out of the OT as three. He also spoke about being with his wife during the delivery and he was asked to divert her attention by the doctors, something he did by cracking jokes and so, made her smile.

He also added that he was so involved in all of this that when the doctor shouted it is a boy, he mistook it for a girl and said the same while hugging his wife. It was then that the doctor corrected him and they all ended up laughing. He also added that his wife is extremely happy and they have named the boy Nibhiv since they always loved the name and it means powerful, while it is also one of the many names of Lord Ganesha.

He was last seen in Bhakharwadi, and while talking about the baby, he also revealed how he is going to stay with his wife for another three days and added how the medical staff has vowed to train him totally in nappy-changing and carrying the baby. He also said, ''I held the baby in my arms and he stopped crying. So, we have forged a bond already. I think I am doing well as a new father. I am excited about the journey ahead. The baby has already brought a lot of good luck in my life. I have started shooting for a new show. I am grateful to God for such a brilliant start to 2021.”

We wish the couple hearty congratulations!