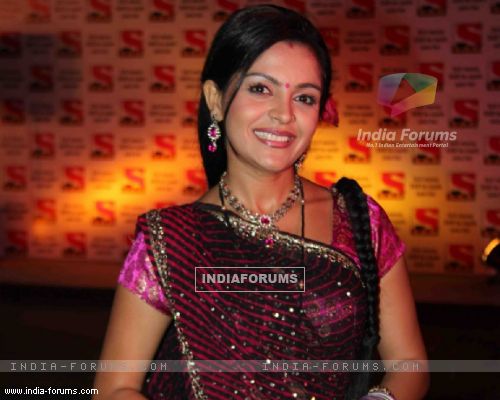 Sony TV's most loved and popular fiction show Adaalat has hit the perfect chord with the audience since its first episode itself. The makers of the show came up with a unique concept of which was new to the viewers and one of its kind. Well, the show is based on individual stories which are aired over the weekend.

Ronit Roy essaying the character of KD Pathak argues on the particular issue for the weekend. Well, the latest news that we have got from our source is that Ami Trivedi who portrayed the character of a Public Prosecutor before she took up SAB TV's show Tu Mere Agal Bagal Hai is returning back.

When contacted Ami, she says, "Yes, I am returning back to Sony TV's Adaalat. I had not shot for the show because I had taken up Tu Mere Agal Bagal Hai. But yes, I will be playing the character of Public Prosecutor like I did before the break. I will shoot for the episode tomorrow."

Well, good luck Ami for all your future endeavors.

9 years ago I just know one thing East or west SRK is d best.

+ 3
9 years ago I don't know about his son's opinion but for me he is the coolest.
LOVE U KING KHAN

+ 4
9 years ago You are the coolest SRK! Waiting for Ra. One to release! It has become my G.One!

+ 2
9 years ago SRK rocks n definately rules!!looking forward to the biggest releases of this millenium i.e. Ra.one and Don 2 !!Go SRK!!love u to the core!!