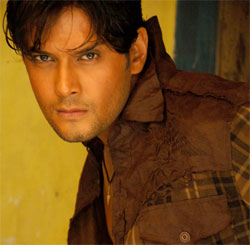 After his stint in Chand Ke Par Chalo and Maa, Amarr Upadhyay is all set for a new innings on Sahara One's show Doli Saja Ke. The actor will soon be making an entry as one of the important characters in the show.

"Yes I will soon be entering the show. I essay the role of a don's son, but he is totally different from his father. He is here to help the protagonist", says Amarr.

Elaborating about the role he quips, "He is a cool dude and a positive character. I can't reveal much, but all I can say is that my role is quite similar to that of Sunny Deol in the film Damini. In future episodes, he will help Anupama in fighting against all the odds."

About his look the actor states, "He is given a very simple and a cool dude look. I have have gelled hair as I had in my previous two shows. I am really looking forward for the shoot to start," he chirps.

"I will be starting shoot from the end of this week. It is not a cameo, but a good character role which has a different story to tell", he concludes.

13 years ago Thanks....atleast sone one is there to help anu will everyone is treating her like s....

13 years ago It wil not be a love triangle for sure, Daksh nd Anu love each other a lot nd noone can seprate them. Plus as he said, he''ll help anu to fight against da odds as Sunny deol helped da actress in Damini movie, so its certain tat hez nt enterin da show as love intrest of anu.

Its gud tat somebody is ther to help anu, but he''ll hav to move back as soon as anu''s hubby Daksh is back to the show.