Struggle has now become a part of Amber-Dhara’s life. After getting out of the dreaded Circus, they are on the path to fulfill their dreams. But crossing every milestone has never been easy for them. In this path to success and fame, they meet people who try to either help them or create a hindrance between them and their dreams. But, do they really help them, is something to be watched out for!! 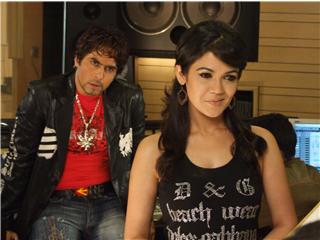 Featured Video
After playing many negative, positive roles and also attracting the viewers as a host, Aman Verma has entered Amber Dhara as Shanu to play the role of a Music Director. When asked about the role, all Aman had to say was, “I play the role of a Music Director and it’s a very important role which will create new plots in the story. I cannot say much about the role, but it will definitely have great impact in the series. It’s a positive or negative impact is something to be watched out for. So, I would ask all the viewers to keep watching the series so as to get to know more about the role”. What made you take the role? “It’s something different from what I have done before. This role has more of spice in it”, says the versatile actor.

Along with Aman, enters Kamya Punjabi who has created a big impact on viewers with her acting skills in Banoo Main Teri Dulhan as Sindoora. She will enter the serial on 22nd November. 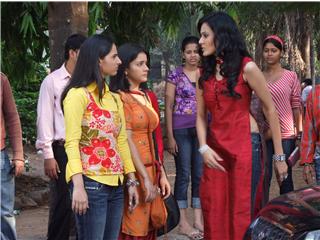 Kamya will be playing the role of Deepika who is a step mother of two children. Deepika is a very modern and fashionable lady, who is married to Avinash after the death of his first wife.Avinash believes that Deepika is a very good mother to his kids, but Deepika acts very smartly and shows affection towards the kids in front of Avinash, while at the back, she is yet another step mother."

When asked Kamya, she said, “It’s obviously a negative role and I am playing the role of a second wife. Her husband already has two kids and the third is from the second wife. She is very much into partying and a very modern lady. Its going to be a very important role, though it’s a cameo”. Regarding her personal choice on the role, she said, “It’s a cameo and that is why I took this role. I will not be able to dedicate much time if it was not a cameo. The concept of the serial is very good and different, it's fun working here", says the gorgeous actress.

To know more on the roles Shanu and Deepika play in the life of Amber and Dhara, keep watching Amber Dhara only on Sony entertainment Television. 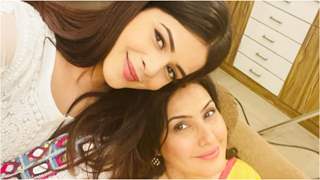 + 2
14 years ago eewwwwwwwwwww.. he looks soooo disgusting in his new look

+ 3
14 years ago Interesting, don't really understand Kamya's character but it'll be different to see her there in a new look... Aman's character is also pretty interesting as well..

+ 3
14 years ago thanks
not another negative role... kamya is good at that lolz...
Aman's role looks interesting in AD

14 years ago saw him in amber dhara yesterday for the first tym......wot is wrong with his hari....lukz sooo bad in his new luk!

14 years ago Great news...
I just hope Kamya is not leaving BMTD.. Sindooora will be surly missed on that show..

14 years ago Kamya is amazing doing negative rol. How about BMTD? Is she quiting the show?

+ 3
14 years ago more new characters. Aman is already in the show and looks like despite being friends with Sonia he will help AD.. I saw the new promo with the three kids and AD going to work in their house to rai 15,000 bucks ad. Kids are so cute...:)

14 years ago that means I have to watch the show now :( I don't enjoy the singing shows :'(