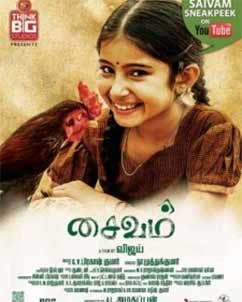 Directed and produced by Vijay, "Saivam" explores the relationship between child artiste Sara Arjun and a rooster.

Praisign "Saivam", she said: "It is a beautiful film and considering the value of the animal welfare message in the film and the cultural relevance, it's eligible for tax exemption."

"The film will be a lesson to the future generations on culture and animal welfare. My special congrats to the cast and crew of the film," she said in a statement.

The film, which is slated to release June 27, also features Nassar, Twaraa, Luthfudeen Baashaa, Kausalya and Ravi in important roles.