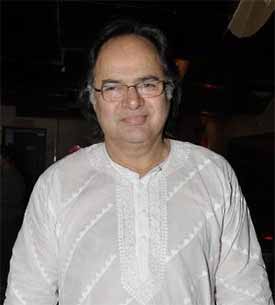 Several actors and filmmakers took to microblogging site Twitter to express shock upon hearing the news of the veteran actor's death, which came after a heart attack in Dubai Friday night. He was 65.

Having starred in eclectic roles throughout his four-decade career, Farooque has left behind a wonderful body of work, ending with the recently released "Club 60".

Here's what the members of the Hindi film industry have to say:

Amitabh Bachchan: Farooq Shaikh passes away. A true gentleman, a wonderful colleague. A quiet honesty about him. Very very sad. Cannot believe he has gone. There was an absence of any kind of pretence in his demeanour, or towards his work.

Mahesh Bhatt: Alvida Farooque bhai. The warmth of your smile lingers in our memory!

Kunal Kapoor: Such terrible news about Farooqueji. Not only an incredible actor, but also one of the warmest, most amazing people I've ever met.

Rahul Khanna: Sad news about Farooque Sheikh. Such a talent is rare and such a thorough gentleman, even rarer. What a great! Premature loss.

Celina Jaitly: With a very heavy shocked heart I bid adieu from Egypt to legendary actor and my co-star of 'Accident On Hill Road' dearest Farooque saab. He was such a soft spoken gentleman, humility was his second name. It was such an honour to work with him.

Shekhar Kapur: RIP Farooque Sheikh. "Garam Hawa", "Chashme Buddoor", "Umrao Jaan"... List of brilliance is endless. Life passionately dedicated to his art. The last time we met, we talked politics. I wish we had talked film and acting. It's what we love most. I would have learned.

Ritesh Deshmukh: Shocked beyond words - RIP Farooq Shaikh, you will be missed sir.

Vinay Pathak: An actor and a gentleman is no more. There was so much to learn from the maverick, and he departs early. Truly the saddest demise!

Siddharth: The always wonderful Farooque Sheikh has passed away. Integral part of many a parallel cinema classic. Great man. Gone too soon sir.

Manoj Bajpai: Never felt so sad recently as I am feeling today after I heard the news of the sudden demise of Farooque Sheikh saab! Man with no pretence.

Rahul Bose: In shock to hear of Farooq Shaikh's passing. He was a perfect combination of a thorough gentleman who never minced his words.

Mohit Chauhan: The world's a lesser place today. You will be missed sir.

Mini Mathur: Hope Farooq Shaikh is listening to the wonderful odes and goodbyes. We should appreciate people we admire while they are still around.

Divya Dutta: Woke up to hearing this terrible news about Farooque saab. The gentlest soul and magic on screen. My last meeting with him at Shabana Azmiji's house, I told him that 'The warmth and genuiness you exude is unparallelled'. His smile was straight from the heart. Miss you sir!

Sophie Choudry: Such sad news to wake up to. Fabulous actor, understated gentleman. Have loved him in so many films - from 'Noorie' to 'Yeh Jawaani Hai Deewani'.

Arshad Warsi: Really sad to hear about Farooq Shaikh, admired him as a person and as an actor.

Nimrat Kaur: The extraordinary brilliance of the ordinary, blended in and stood out when he pleased. A true artist, what a gift of life was Farooq Shaikh.