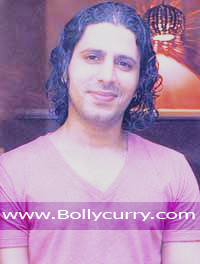 First-time director Faruk Kabir's movie Allah Ke Banday, a story about children who are affected by crime and war, has received a stamp of approval from the international children welfare organization, UNICEF.

And that is indeed great news for both the debuting director, as well as his cast and crew.

UNICEF has morally approved of the film and its subject, and allowed Faruk to dip into their archives for footage on juvenile crimes and other issues involving children that Faruk subsequently used for a music video shot with phenomenal singer Kailash Kher. The archives date back over fifty years, and Faruk used video clips from some of their documentaries and interviews.

He has naturally been excited about being privileged enough to work with UNICEF, that too for his very first venture, and he is equally enthusiastic about the release of his film slated for October 22nd.

'Naagin 5' To Welcome Two New Entries in The Form of Karan ...
53 minutes ago