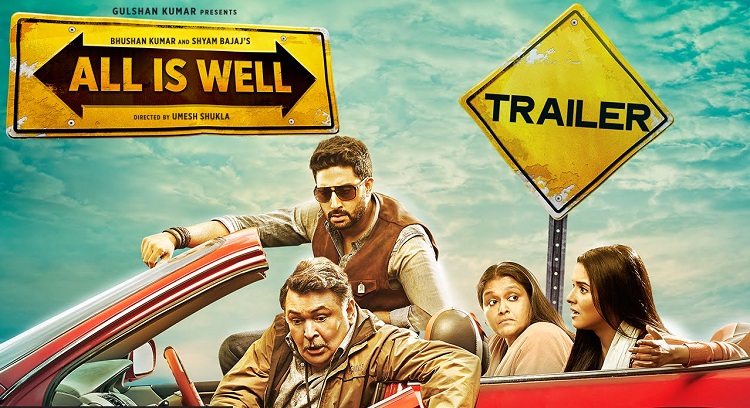 The trailer of Rishi Kapoor and Abhishek Bachchan-starrer family drama film "All Is Well" has earned over two million views on video-sharing site YouTube in just three days of its release.

Directed by "OMG - Oh My God!" fame director Umesh Shukla, the story of the film is about a dysfunctional family who doesn't quite get along with one another. The plot revolves around a road trip where the characters need to somehow resolve the differences between them.

Abhishek took to Twitter to thank his fans for the support to the film.

"And the trailer of #AllIisWell crosses 2 million!! Wow! Thank you guys," Abhishek wrote.

"All is Well" is slated to release on August 21.