Kochi, Aug 22 (IANS) With Onam festival around the corner, the biggies have started gracing theatres in Kerala. Mohanlal starrer 'Alibhai' was the first to hit the screens. Released on Independence Day, it enjoyed a good opening and tops the charts.

1. 'Alibhai' - Actor Mohanlal and director Shaji Kailas team up for a film that is typically what is expected from them. T.A. Shahid, who had earlier written 'Natturajavu' for the duo, has scripted the film that has nothing new to offer.

Only the basic setting has changed to the Palayam market in Kozhikode, otherwise, it is the same as numerous other films featuring the star and released in the last 10 years. The actual fate of this film will be known only after the initial euphoria is over.

2. 'Naadiya Kolapetta Rathri' - Suresh Gopi has played a cop so many times that one cannot imagine him in any other role. Master thriller-maker K. Madhu gives him the same role but with a difference. Suresh wears the uniform of railway police. He has to investigate three murders in a single night on a new train. The story has many loopholes, but the audience does not seem to mind.

3. 'Arabikatha' - Sreenivasan plays a communist who goes to work in the Gulf countries. Directed by Lal Jose in a realistic manner with a dash of humour, the film has charmed the audience.

4. 'Hello' - The out-and-out entertainer starring Mohanlal is directed by Rafi-Mecartin. It keeps the viewers glued to seats.

5. 'Heartbeats' - Yet another campus caper with all the necessary ingredients that are supposed to make it a good film. But director Vinu Anand has failed to pull it off. 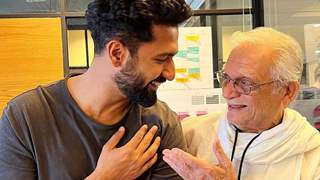