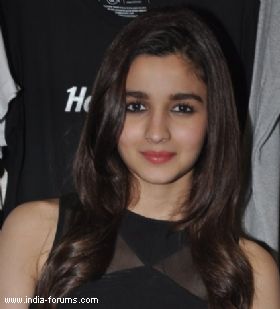 Jokes on Alia Bhatt spread like wildfire after she gave some bizarre answers to general knowledge questions asked by Karan Johar on his celebrity chat show. But the young actress didn't mind any of the Twitter trolls.

"I don't feel bad at all. I find it very funny. It's a joke and you have to take it in a funny way. At least, I am crossing somebody's mind at some point of the day," she said on a positive note.

Alia is currently awaiting the release of "Humpty Sharma Ki Dulhania", in which she stars with her "Student of the Year" co-star Varun Dhawan.