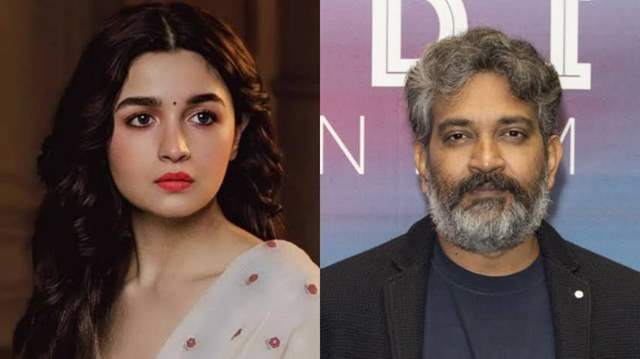 Alia Bhatt has been enjoying the success of her recently released film RRR. The actress has made her debut not only in the South but also in the Pan-Indian cinema crossroads, with this film. However, it has lately been claimed that the actress is dissatisfied with SS Rajamouli and the entire team due to the limited screen time she was given in the final edit of the film.

Alia has even deleted a few RRR-related posts and that added fuel to the fire. However, the actress has now taken to Instagram stories to put an end to the rumours and clarify that she is not angry with anyone.

Alia, in a long note, wrote,

"In today’s randomness, I’ve heard that I apparently deleted my RRR posts because I’m upset with the team. I sincerely request everyone not to make assumptions based on something as random as an Instagram grid."

The Gully Boy actress expressed her gratefulness and further continued to say,

"I am eternally grateful that I got to be a part of the world of RRR. I loved playing Sita, I loved being directed by Rajamouli sir, I loved working with Tarak and Charan- I loved every single thing about my experience on this film."

She concluded by saying,

"The only reason I am bothering to clarify this is because Rajamouli sir and the team have put in years of effort and energy to bring this beautiful film to life and I refuse to let any misinformation around the film and experience slide." 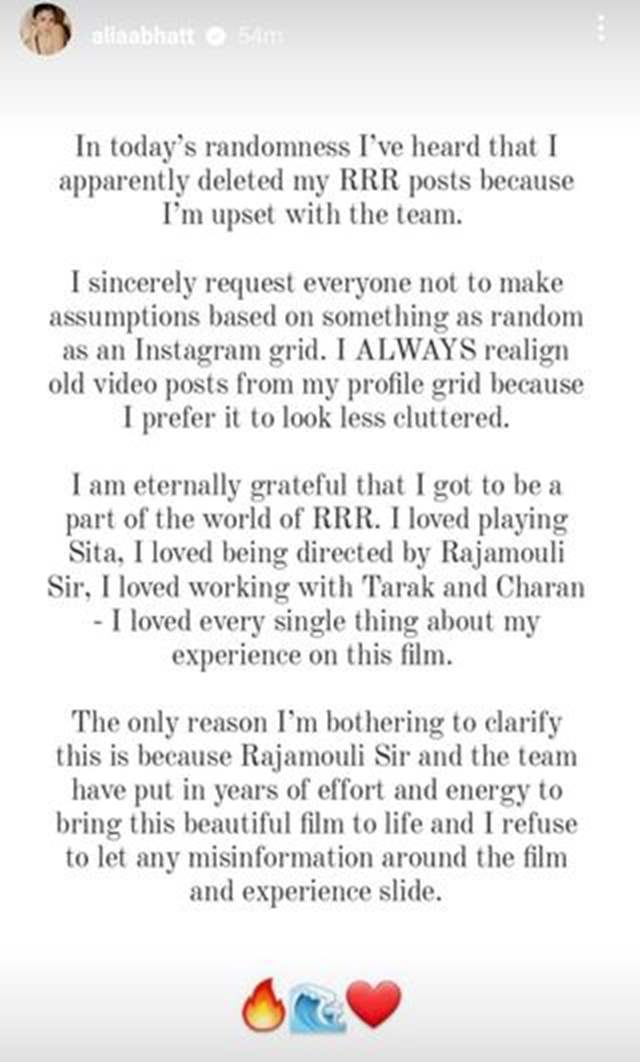 RRR, which released on March 25th, became the film that made the fastest entry in the 100 Cr club at the box office. The multi-starrer masterpiece enjoys an ensemble cast of Ajay Devgn, JR NTR, and Ram Charan.

On the work front, Alia will be seen in Ayan Mukerji directorial 'Brahmastra', co-starring beau Ranbir Kapoor. She also has Rocky Aur Rani ki Prem Kahani and Darlings in her kitty.

+ 8
4 months ago did anyone really ask alia? really ? lol