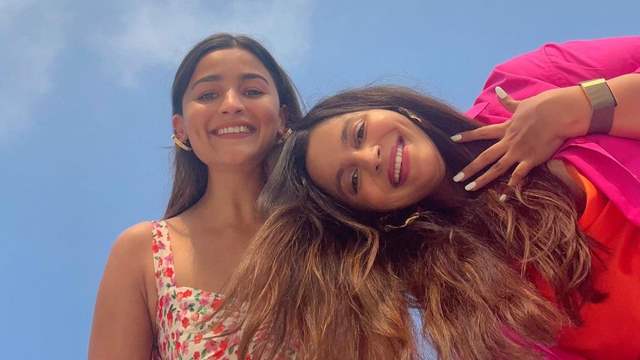 There is no doubt to the fact that Alia Bhatt is ruling over the hearts of her fans. The actress is currently basking in the success of her film Gangubai Kathiawadi, which did wonders on the big screen. Apart from her professional endeavors, Alia Bhatt's personal life also remains a topic of discussion for her fans.

The Highway actress is quite active on social media and is often seen sharing pictures of herself and with her loved ones on her feed. As is known to all, Alia Bhatt is quite close to her sister Shaheen Bhatt and the sibling duo often spend fun time together.

On Alia's 29th birthday, the sisters took a mini trip to the Maldives and their pictures and videos had created a stir on the internet.

Currently, Alia Bhatt is in Varanasi busy filming the last schedule of the Ayan Mukerji directorial Brahmastra with Ranbir Kapoor. Before this, she was seen promoting her upcoming film RRR in Delhi with Ram Charan, Jr NTR, SS Rajamouli, and Aamir Khan. The magnum opus is all set to hit the big screens on 25th March and fans can't wait to witness this magic.

Apart from this, Alia has other projects in the pipeline. She will be seen in Karan Johar's Rocky Aur Rani Ki Prem Kahani and Farhan Akhtar's road trip film Jee Le Zaraa, among others.