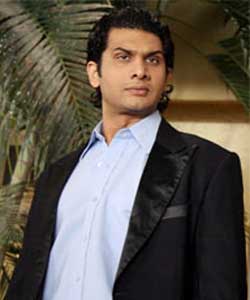 The Veer Yatra in Imagine's historical show Chandragupta Maurya, produced by Sagar Arts and 72 Degrees Northe will be one fascinating watch for viewers, as the test will put Maurya (Rushiraj Pawar) thro' lot many hurdles.

Ali Hassan, the noted actor has been roped in for a special cameo role, and he will enter as one such hurdle in the Veer Yatra of Maurya.

A little birdie tells us, "Ali Hassan will be one of threats in the Veer Yatra. He is basically a dangerous criminal who can do anything for money".

When contacted, Ali Hassan confirmed the news and said, "Yes, I play an arrogant and rude Shikaari in Chandragputa Maurya. I do not know much as I have not started shoot yet".

But before the Veer Yatra begins, Maurya will have to face Ambek Kumar in the battle.

Let's look forward to the grueling Veer Yatra of Chandragupta..

have-a-dream 9 years ago Ali is an awesum actor,lts c wt all he brings 4 us in d show..

RagSia 9 years ago wow!
he z great n mourya z amazing... fascinating
hope he'll spice it up even more
do tell me if any tashan between ali n chanakya wil be ther?
simply love chanakya n chandragupt, of course!

ghotalaz 9 years ago sounds interesting... i guess this will be another great track that would be worth watching.

SimplyAparajita 9 years ago Intresting! This show is a family show which i can easily watch with my parents as thanks god its not love story or else parents become disasters lol!

nishi_I-fian 9 years ago sound interesting...
Luking forward for it...

-.Priya.- 9 years ago hope it will be an intersting track...cgm rocks

Rituparnaa 9 years ago Hope it will be an exciting track as said.CGM is going very well.

vickynayar 11 years ago ppl..... the villain in dhoom just gets better by the sequel,,,,,,,, hrithik outplayed in john in almost all aspects.... so v need sum 1 better than hrithik in D3,

,....so instead os the khans i wud prefer akshay kumar,,,
simply bcoz he can match hrithik in action n style,,,,