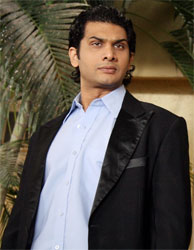 Ali Hassan who was earlier seen in Kahaani Ghar Ghar Ki will be giving an episodic appearance in REAL TV's Ninja Pandav.

The actor will be seen tonight, and talking about his character Ali quips, "My character name is Rakht. He comes to kill all the five Ninja Pandavs, and is successful in taking Arjun, one of them as captive".

When asked what made his take this role, the actor states, "I have never done such a character till now. I have a good rapport with Miditech, and when they called me, I immediately agreed to do this episodic for them".

Ninja Pandav is the classic tale of Good V/s. Evil, where the five teen heroes use their unique traits to create a gripping fantasy drama set in contemporary times. Chased by the Black Ninjas, the five Pandavs flee their Himalayan monastery and find shelter in Mumbai where they have to adjust to the strange city life whilst keeping their true identities a secret. Their mission is to protect the all powerful 'Prism' from the evil designs of Alambush, and reinstate it in its rightful place in the Himalayas. 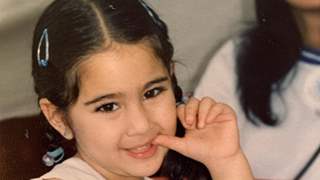 vinay.batra 13 years ago Saw the episode and Ali Hassan did a good job with his character. lets see what next on ninja pandav

13 years ago haha i didn''t know there was an indian version of the Ninja Turtles ... lol

13 years ago Thanks for sharing!
Wonderful to have Ali back after so long!

+ 5
14 years ago I luved the movie... n a personl opinion on the actors pf the movie isnt a good sign for a good review writer!