Alex 'O Neil does not need any introduction after he rose to fame grooving to the various genres of Bollywood numbers on Nach Baliye with his beau Shweta Keswani. 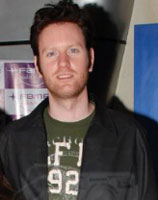 Featured Video
Well, the news now is that the handsome lad will be seen for the first time in a television fiction series in Zee's upcoming historical on Jhansi Ki Rani.

According to our source, "He is playing the role of a British officer in the show".

Alex is out of town as of now. "He is busy shooting for a South film and will be back soon. The shooting for Jhansi will start in May and the show will be launched sometime in the end of June or first week of July. The show will most likely be a daily", adds our source.

We tried contacting Alex, but he was unavailable for comments.

Well, there is much more to be unfolded about Jhansi Ki Rani, so keep watching this space.. 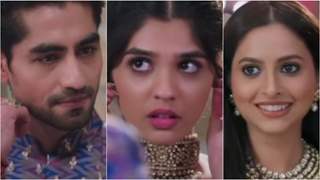 + 8
13 years ago Jhansi ki rani has been in the news for sooo long, looking forward to see this show soon now.

all the best alex

13 years ago Isn''t he the guy from Nach Baliye 3? I forgot the name of his partner, but they were really good. I wish him lots of luck!

13 years ago I think that the guy DOES need an introduction... because I''ve never even heard of him!

Anyways, I wish him all the very best.