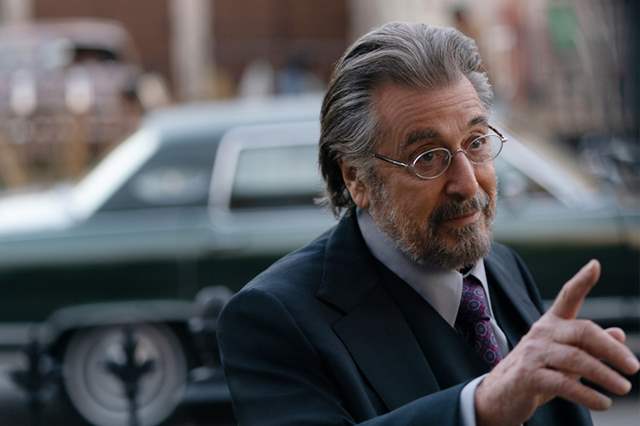 I am amongst one of those who found Al Pacino led Hunters at Amazon rather underwhelming. Nevertheless, that seems to be no concern surely (and why would it be) as the Amazon show has officially been renewed for Season 2 at the streamer, from showrunner, David Weil. According to The Hollywood Reporter, wi=hile the first season starred the legend Al Pacino, actors Logan Lerman and Jerrika Hinton as a team of Nazi hunters, the streamer has not confirmed any casting for the drama's sophomore run.

Weil told The Hollywood Reporter's podcast, TV's Top 5, that he sees more story for the trio. "There's such an exciting opportunity for all these characters into season two and beyond that I would be so excited to bring them back and get to work with them again and see where we can go," he said in a February interview timed to the Hunters premiere. The series, the first to stem from Weil's overall deal with Amazon, is produced by the streamer, Sonar Entertainment and Jordan Peele's Monkeypaw banner. Weil served as co-showrunner alongside Nikki Toscano, Alfonso Gomez-Rejon (who also directed the pilot), Win Rosenfeld, Nelson McCormick and David Ellender. The cast included Josh Radnor, Tiffany Boone, Carol Kane and Lena Olin.

“With Hunters, David Weil’s bold vision and fearless imagination powered a thrilling, twisty, action-packed first season that engaged Prime Video customers around the world,” said Jennifer Salke, Head of Amazon Studios, “We are thrilled that David, Jordan and the Hunters will be back with us for more.”

My emotional memory helps me shape my character in Anupamaa: ...
44 minutes ago

Barun Sobti says his transformation for Halahal was 'a bit ...
46 minutes ago