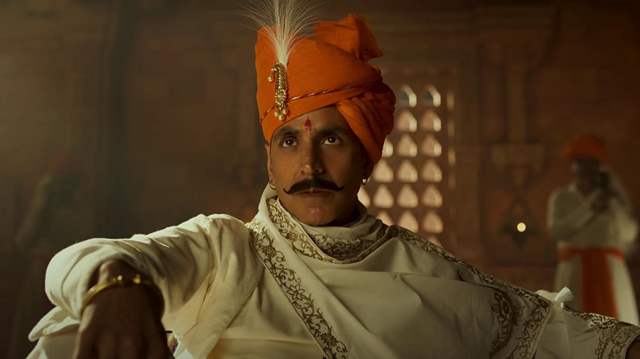 The creators of the historical drama 'Samrat Prithiviraj,' featuring actor Akshay Kumar visited Somnath temple in Gujarat and Varanasi, both Hindu pilgrimage locations, ahead of the film's premiere. Akshay mentioned he had gone to Varanasi, also known as Kashi - the temple city - not for religious reasons, but to promote the city's culture and to raise awareness of the city's relationship with the courageous monarch of the 12th century.

While CM Yogi Adityanath, who attended a special screening of the historical action drama 'Samrat Prithviraj' with his cabinet members, proclaimed the film tax-free in Uttar Pradesh on Thursday. The film was screened at Lok Bhawan, and Bollywood actor Akshay Kumar, female lead Manushi Chhillar, and director Chandra Prakash Dwivedi were among those in attendance.

"I announce that the movie will be tax-free in the state," the chief minister said.

Adityanath, who was on a visit to Kanpur Dehat to oversee the preparations of the visits of President Ram Nath Kovind and Prime Minister Narendra Modi on Friday, reached late for the screening.

The film portrays the narrative of Prithviraj Chauhan, a heroic warrior who struggled to safeguard India from the cruel invader Muhammad of Ghor.

2 months ago LMAO already? Seems like they will distort history and show Prithviraj as the winner. These hindu lunatics never cease to amaze me with their stupidity.