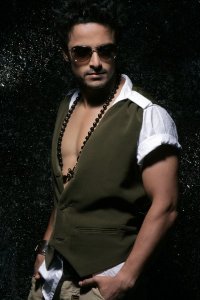 Telly Buzz reported earlier about SOL Productions coming up with a unique concept that will bring together on one platform, dancers from all over the globe. The show tentatively titled as 'Dance Olympics' will be aired on Star Plus. The channel is trying to rope in more and more big names to be a part of this show as the show will be launched on a big scale.

When contacted, Siddhesh Pai in a jovial yet confirming tone said, "Yes, the channel has approached me to host the show as I have grown older to dance now".

Taking a serious note, Siddhesh proceeds, "Though the channel has tipped me to host the show, I have not yet signed any contract. I can confirm you only once I have signed any papers."

We contacted Akshat Seluja but he refused to comment on the same.

Keep watching the space for more on the show.

shivani003 9 years ago Iam happy for them. Their jodi is awesome! :)

peehu.vg 9 years ago siddesh is a good dancer ...superb but why akshat .... who is he sorry forgot ...anil jha "s boyfirend ... whatever

WooHooHaha21 9 years ago congrats to both of them!! but have to say in znkd the boys team tried to win the game by continuously sending these 2 for zara hat k rounds!! pity..

r07c 9 years ago I hope this is true, it will be great to see them together again as they were the best duo on ZNKD. Too bad they won't be dancing, which sucks. All the best Aksshat, you are a superstar!

sweet_angel27 9 years ago Yes! Love these two dancers and can't wait to see this show :)

blossom11 9 years ago oh thats great........waiting for the show
thanks

Sophia21 9 years ago Akshat and Siddesh are damn good dancers...Loved their pairing in ZND!
Good luck to both of them... If they are hosting then im watching it

Jenifer. 9 years ago Sid and Aksshat are great to watch on screen together. I'm sure they'll be very entertaining but with them being great dancers themselves, shouldn't they dance instead?

SC questions Rhea Chakraborty regarding plea to transfer ...
4 minutes ago

Rhea Made Financial and Professional Decisions on Sushant’s ...
16 minutes ago

Thor actor Chris Hemsworth says, “I love the place and the ...
18 minutes ago

Sherrin Varghese marks his comeback with Aneri Vajani & ...
58 minutes ago