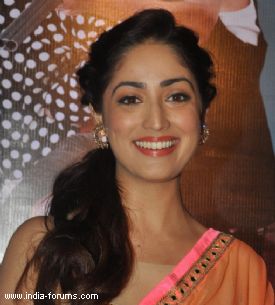 "Vicky Donor" actress Yaami Gautam, who is sharing screen space with senior actor Ajay Devgn in "Action Jackson", says he may be a star but he works without giving any attitude.

"The shooting for 'Action Jackson' is still going on and I had a great experience shooting with Ajay Devgn. He is a huge star, but at the same time he is also a great actor," Yaami said.

"He works very quietly, he is very professional and humble. Despite being a star, he doesn't have any attitude. He is very down to earth," she added.

"Action Jackson" features Sonakshi Sinha as the lead with Ajay.

She said: "I am in this film for some reason. Whenever you see the film, you will not question why I did the film."

Meanwhile, Yaami is busy promoting her next film "Total Siyappa". She says she did this film only because she liked the script.

She says "it's an entertaining film."