View Profile
Not long before, did we hear that Ajay Singh Chaudhary who played the adorable Dhruv in Sony's Palampur Express had opted out of the show!! But the news coming in now is that the actor has been talked to by the channel to make a comeback of sorts in the show. In fact, a reliable source of ours has even spotted him on the sets of the Sony show recently. 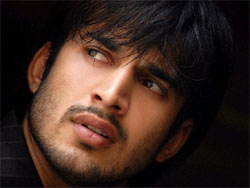 Featured Video
According to our source, "The channel wanted him to get back to the show, but Ajay was reluctant to make a comeback. The story line running now requires him, and of late, the creative team is using his shots from his earlier scenes to show his presence in the show. Talks are on with the actor to get him back at least for a short span of time. If he does come in, the creative team plans to bring in a triangular love story between Hiten Tejwani (Dev), Pavni and Dhruv".

We spoke to Ajay regarding the same, and this is what he had to say. "No. I'm not making any comeback to the show. They just require me for one or two scenes and then I'm done. Yes, it is a fact that I am shooting for Palampur for now, but it is only for a short period".

Citing the reason for walking out of the show, Ajay says, "The storyline was getting a bit drab. I certainly did not want to be a part of that kind of a show. However, if the storyline gets more interesting and realistic, then I would definitely come back to the show."  The actor further adds, "See the whole concept of the show deals with a very realistic matter. So in between that ,if you bring up twists and turns that would rather fit fictional shows, then it tends to look awkward."

Ajay would definitely love to come back to the show if the creative team comes up with more authentic events in the story. He says, "Definitely I would love to join the cast of Palampur Express. My only wish is that the story is shaped in a more genuine manner."

With the new look campus to be set up shortly with a bunch of new entries expected, and of course with the new lead in Akangsha Rawat, we sincerly hope the show gains momentum now!!

13 years ago Anyone who thinks this show is drab needs to leave the show. Palampur express is one of the best shows I've watched in a long time and I usually don't like most Indian dramas. For those of you who are just watching the show for an actor or an actress, that's pretty sad, you should watch the show for the plot as it is very interesting.

13 years ago does anyone even watch this????? how can ne1 not see Taarak Mehta but this...

+ 5
13 years ago Hmmmm, I Like His Thinking though, what he is trying to say is real, Good decision I say !

denz123 13 years ago hey.. hiten(dev) pavni love story will be cool...it isn't necessary that young will always go for young..it will be different and a kind of matured relation..moreover ajay doesn't fit to the mark..while hiten is too hot and cool ..with his blue eyes and long hair...