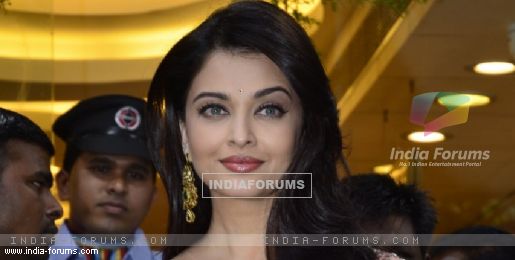 Aishwarya Rai Bachchan could have worked with Karan Johar in "Kuch Kuch Hota Hai", "Kabhi Khushi Kabhie Gham" and "Dostana" -- but things didn't work out. Now that she is finally working under his stewardship in "Ae Dil Hai Mushkil", she is looking forward to featuring in a love story in the filmmaker's signature style.

"Karan and I have hoped to work together many times and the most beautiful part about 'Ae Dil Hai Mushkil' is that, finally, we are working together. When he narrated the idea to me, I thought it's wonderful to be telling a love story so different... and above all, Karan directing that," Aishwarya said on Wednesday in a video chat from Cannes with the media here.

The film, which will also star Ranbir Kapoor, "will and should have Karan's signature (style)", added the actress, who is in the French Riviera as an ambassador of cosmetics major L'Oreal Paris.

Aishwarya is "looking forward to seeing" what Karan has planned for "Ae Dil Hai Mushkil", but said "I don't know what he has in mind".

To be shot across the globe -- Delhi, New York, London and Paris, "Ae Dil Hai Mushkil" deals with relationships and heartbreaks. The love story also features Anushka Sharma and the former beauty queen is excited to work with the "wonderful team".

"It's a very beautiful love story that Karan will tell in a real way. Again, it's a lovely team to be working with -- Ranbir Kapoor and Anushka Sharma," Aishwarya said.