Aishwarya Rai Bachchan, the once titled "Most Beautiful Woman in the World", is one of Bollywood's epitomizing starlets. Known for her distinguishing good looks, signature colored eyes, easy elegance, grace and poise, the actress is an inspiration to many.

Born on 1st November, 1973, this lady entered the world of glamour and glitz as a model at quite a young age. She stepped into the limelight after some popular advertisements, particularly ones for Pepsi Inc. and Garden Sari, and then proceeded to compete for the Miss India title in 1994, where she was the runner-up. Aish became India's darling when she was crowned Miss World on the international pedestal that very same year!

After that, the world was her stage! She set her eyes on Bollywood and has never looked back since! Starting out a little shaky but having acted in over 40 movies in Hindi, English, Tamil and Bengali, which also includes numerous international projects, Aish has evolved into one of the Industry's top actresses with numerous blockbusters, awards and nominations under her belt.

She made her movie debut in a Tamil film titled Iruvar in 1997, however did not see success till a year later in Jeans, a fairly popular Tamil movie. In Bollywood, she wasn't considered a force until 1999, when she won many accolades for her performance in Sanjay Leela Bhansali's Hum Dil De Chuke Sanam. In 2002, she starred in Devdas as the beautiful Paro and received much recognition for her outstanding performance. In 2004, she was seen in Gurinder Chadha's Bride and Prejudice, the first among several international projects which followed suit. Her next big commercial success in Bollywood came in the form of blockbuster phenomenon Dhoom 2 in 2006, where she appeared as the tangy 'Sunehri'. She later appeared in films like Guru (2007), Jodhaa Akbar (2008) and Enthiran (2010), which were both commercially and critically successful. In her recently released movie Guzaarish, she is seen playing a Doctor, giving her a chance to try in 'reel' life the profession she initially pursued in real life.

Aishwarya has thus established herself as one of the leading contemporary actresses in the Indian film industry. In this feature article, BollyCurry brings to you a piece of this actress that is perhaps most interesting - her dancing skills!  We present below, a series of popular dances she has performed in her onscreen career.

As always, we are eager to receive your feedback - of her favorite dance, of what you like, of what we missed!

And that said, here's the dancing diva in her multiple avatars...

Aishwarya made her Bollywood debut in Aur Pyaar Ho Gaya (15th August 1997). This was the first time the Indian audience were witness to Aishwarya's dancing capabilities where she danced away to a lavish wedding sequence. Complicated moves, expressions to die for and an elegant grey lehenga, Aishwarya had made her mark. 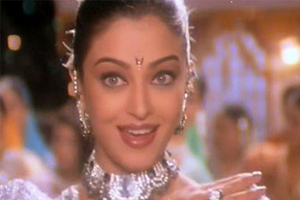 Aish enacted Nandini, a pampered child from a rich cultured and deep rooted family of Rajasthan in Hum Dil De Chuke Sanam (18th June 1999). Decked in a soothing blue traditional Rajasthani lehenga with well matched accessories, Aish danced to a folk tune of Rajasthan. The sequence no doubt gave her another big opportunity to showcase her skills. The audience were glued to their seats all throughout the movie whilst this particular song was an instant chartbuster, owing greatly to the ladies impressive moves. 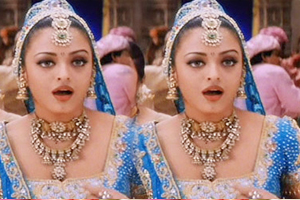 Aishwarya played the role of Mansi in the film Taal (13 August 1999). The film was noted for many things including Aish's range of dance performances through the movie, especially the song Kahin Aag Lage.The shining ornaments and perfect costume complimented her performance and turned the number into a favorite for a long time to come. 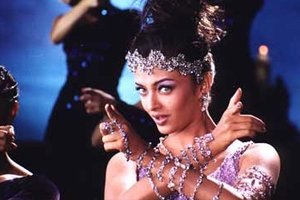 Devdas was a phenomenon in the long ago past, and its remake (12th July 2002) brought back its genius with much greater grandeur. Aishwarya essayed Parvati (Paro) along with Madhuri Dixit enacting Chandramukhi, and when the two ladies came together for a dancing performance on the fantastic composition 'Dola Re' it raised the bar of perfection by several notches. The extremely intricate choreography was delivered by the two with such seeming ease, the reaction could only inspire awe. 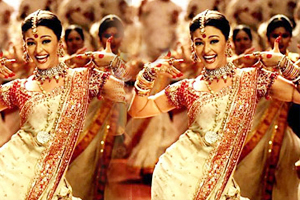 Aishwarya in her brief guest appearance in the film Shakti -The Power  (20th Septemeber 2002) played SRK's dream girl. Dancing as a rustic beauty, in the garb of a village girl donned in a ghagra choli, Aish's performance to Ishq Kameena turned the song into a runaway success. 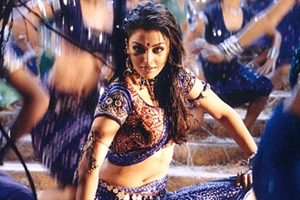 Bride and Prejudice, (8th October 2004) was the first of Aishwarya's international projects.Portrayed Lalita Bakshi, a confident and independent young Indian maiden Aish did take the opportunity to justify her dancing skills as always. The movie may not have been widely well received as an Indianized adaptation of Jane Austen's Pride and Prejudice, but the song 'Balle Balle' did stay on to rock many a real life weddings long after. 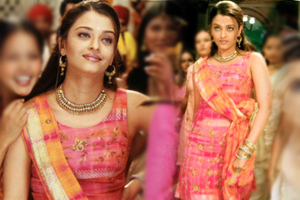 Aishwarya's cameo in the film Bunty Aur Babli (27th May 2005) gave the movie one of few many immortal highs. Once again an item girl, she took the center stage by storm, shaking a leg with Junior and Senior Bachchan at the same time in the song 'Kajra Re'. The ornaments and costume perfectly suited the song. Needless to say, the song was a super hit to stay. 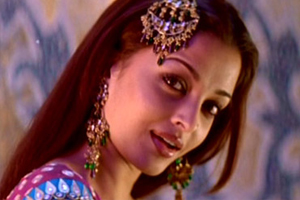 Aishwarya was seen along with her hubby Abhishek in film Umrao Jaan (3rd November 2006). The film, yet another time a remake of its Bollywood original, showcased the emotional story of Umrao Jaan who is sold to a brothel and portrays her life after that. Aish is seen dancing in the courts as a royal courtesan in several of the movie's slower tracks. 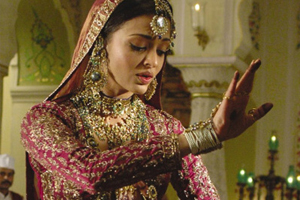 Dhoom: 2 (24th November 2006) had Aishwarya come onscreen in an unprecedented look. She played the role of Sunheri, a con woman and thief - sexy and all that! The western costumes and her dance won the hearts of many, in particular her scintillating moves in  'Crazy Kiya Re'. 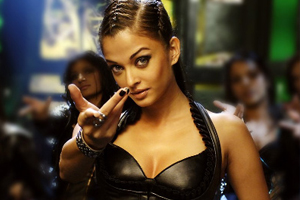 Guru (12th January 2007) gave the audience yet another unforgettable Aishwarya dance. The lady 'tulip' danced like a merry peacock in the rain in the song 'Barso Re'. Dressed in a simple ghagra choli, she played a simpleton welcoming the monsoon, and won many hearts all over again. 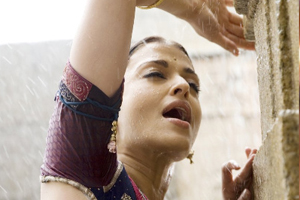 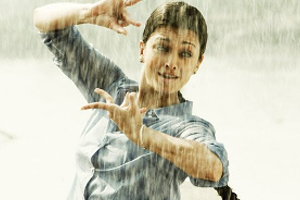 Aishwarya's most recent release, Guzaarish (19th November 2010), saw her playing the role of Sophie D'souza. Aishwarya showcased her talent this time round by performing an impeccible tango to the song 'Mil Gayi'. 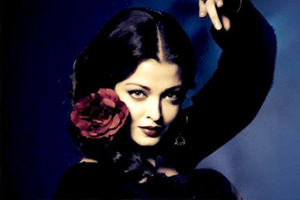