View Profile
Aishwariya Rai Bachchan, who's now 4 months pregnant was recently accused of undergoing an IVF (In-Vitro Fertilization) at a Bangkok clinic that specializes in producing male babies. The IVF process involves fertilizing the egg cells with the sperm outside the body and implanting the zygote. This controversial claim was made by actress Bhairavi Goswami via a popular networking site. 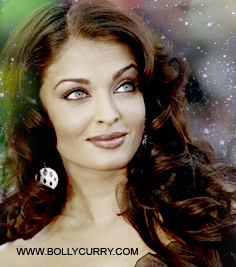 After Abhishek told the media that he wanted a baby girl, Goswami almost instantly wrote on her Facebook page about how it was such an act of hypocrisy for both Abhi and Aish to falsely hope for a girl when they know for sure it's going to be a boy after undergoing an IVF procedure to ensure the same. She also went on to mention the "typical UP mentality" and how Aish had to produce a male heir at some point for the continuation of the Bachchan family.

The actress was so confident about her claim, she even refused to take her statement back when asked to.
As a reply to a request for her statement be taken back, she tweeted "Only people with no balls retract statements, issue denials&clarifications. I have never felt the need to do any of the above ever." (c)

The Bachchans have yet to respond in any way.
Here's hoping that this accusation remains just the Bachchans come out on top!
Author: Harjot D.
Editor: Gunia.
Graphics: Pooji.
26 Likes

Deepika Padukone likely to be Summoned by NCB for ...
18 minutes ago

Ashalata Wabgaokar passes away due to COVID-19
53 minutes ago