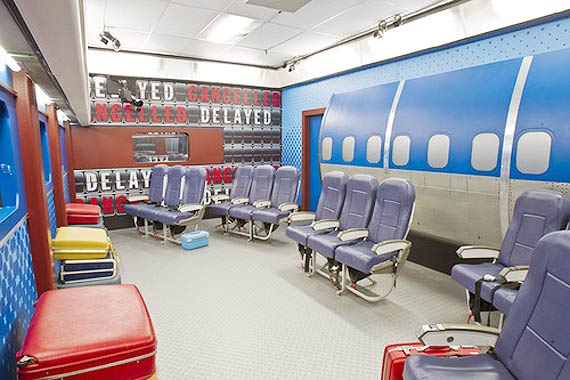 Trends have been common on television as channels, producers, etc tend to pick up a particular topic that is reigning on television.  Be it the Rajasthan rural concept or the Marwari or Muslim family soaps, each trend has had its reign on television. The latest trend which seems to have hit television is that of airlines.

Airlines - Har Udaan Ek Toofan, on Star Plus, was recently launched with Tulip Joshi and Yudhistir in the cast.  And now we are seeing Salman Khan in the avatar of a pilot on Bigg Boss 8, as the contestants are currently sleeping on an airplane.  The whole airlines theme had many curious contestants and viewers who were wondering whether the show would be shot abroad or what the exact connect would be of the teem to the Bigg Boss house. And now with a show like Bigg Boss having picked up the theme, we wonder whether this trend will spark more shows along the same lines?

We wonder if this theme is ready to make its comeback once again with two shows already having picked it up?

Ribelle 6 years ago Loving Airlines and AkYa so darn much!!! Tulip and Yudi are fantastic and the fact it's a 26epi series is another perk. I just don't want Rohit/Himmanshoo to enter, no offence really. But this is downright playing with our emotions.
*Sob* *Sob*
Anyone with me?

-silentbang- 6 years ago LOVING AIRLINES VERY MUCH
YUDHISTER AND TULIP ARE GOOD...

Moumimon 6 years ago Yudhistir OMG man he is too cute..ia m total lattu over him...he rocks...
Tulip Joshi also doinga grtae job in Airline her character ananya is really awesome one...in love with AkYa/YuTu chemistry...they are grate together...
Airlines - Har Udaan Ek Toofan is really a different show..liking the concept of the show...

MaaneetDeewangi 6 years ago Loving Airlines it's an awesome show:) Yudhistir you're doing a great job as Akash keep rocking!!

Kafe 6 years ago Love Airlines! It's a great show; Tulip Joshi and Yudhistir are doing a fabulous job! Chhoona Hai Aasmaan was a wonderful show as well! Both being my favourites!

-silentbang- 6 years ago airlines is a superb show
tulip joshi and yudishtir are doing awesome job...

Tulip joshi and Yudhistir are amazing as Ananya and Akash!!