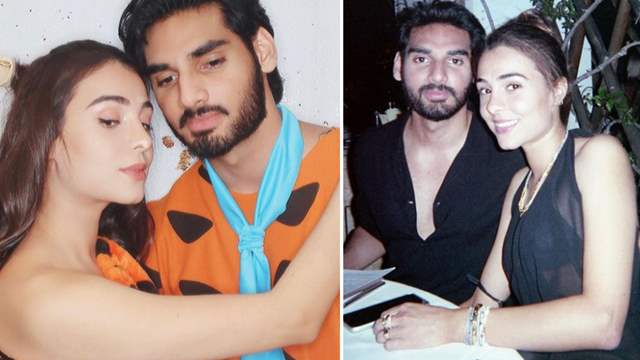 Suniel Shetty's son Ahan Shetty’s relationship with his girlfriend Tania Shroff is no secret. The childhood sweethearts often share loved up pictures together on social media.

As Tania celebrates her birthday today, her boyfriend Ahan Shetty took to his official Instagram handle to wish her with some unseen pictures. He shared a series of pictures, giving a glimpse of their date outings and vacations. Keeping it short and sweet, Ahan wrote alongside, "Happy birthday babe."

It looks like the lovebirds are not together on this special day as Tania reacted to Ahan’s post as she commented, "I miss you," to which he replied back saying, “seeing you soon.”

Ahan Shetty has been dating Tania Shroff, a fashion influencer and designer based out of Mumbai since many years now. The duo attended the same school.

Ahan’s sister Athiya Shetty also showered love on the birthday girl as she shared a picture with Tania and wrote, “Happy birthday to my best girl, love you."

Meanwhile, Ahan Shetty is going to be making his Bollywood debut this year with Sajid Nadiadwala’s film Tadap. Tadap is the Hindi remake of Ajay Bhupathi's 2018 Telugu film RX 100, and also features Tara Sutaria as the leading lady.

Daddy Suniel Shetty had shared the posters of his son Ahan’s debut film and wrote, "A new journey begins today Phantom ... remember it’s all about being humble, honest and forever grateful.”